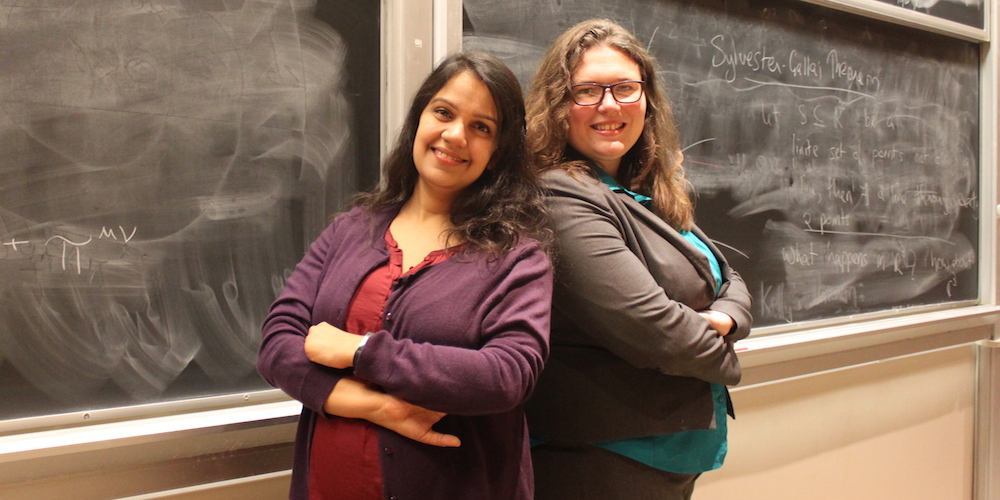 Two professors in the School of Arts and Sciences have received research fellowships from the Alfred P. Sloan Foundation that will support their work in nuclear physics, discrete mathematics, and theoretical computer science. Professors Jacquelyn Noronha-Hostler and Shubhangi Saraf were among 126 scholars in the United States and Canada to receive 2018 Sloan fellowships, which have been awarded annually since 1955 to outstanding early-career scholars. "The Sloan Research Fellows represent the very best science has to offer," says Sloan President Adam Falk, "The brightest minds, tackling the hardest problems, and succeeding brilliantly-Fellows are quite literally the future of twenty-first century science." 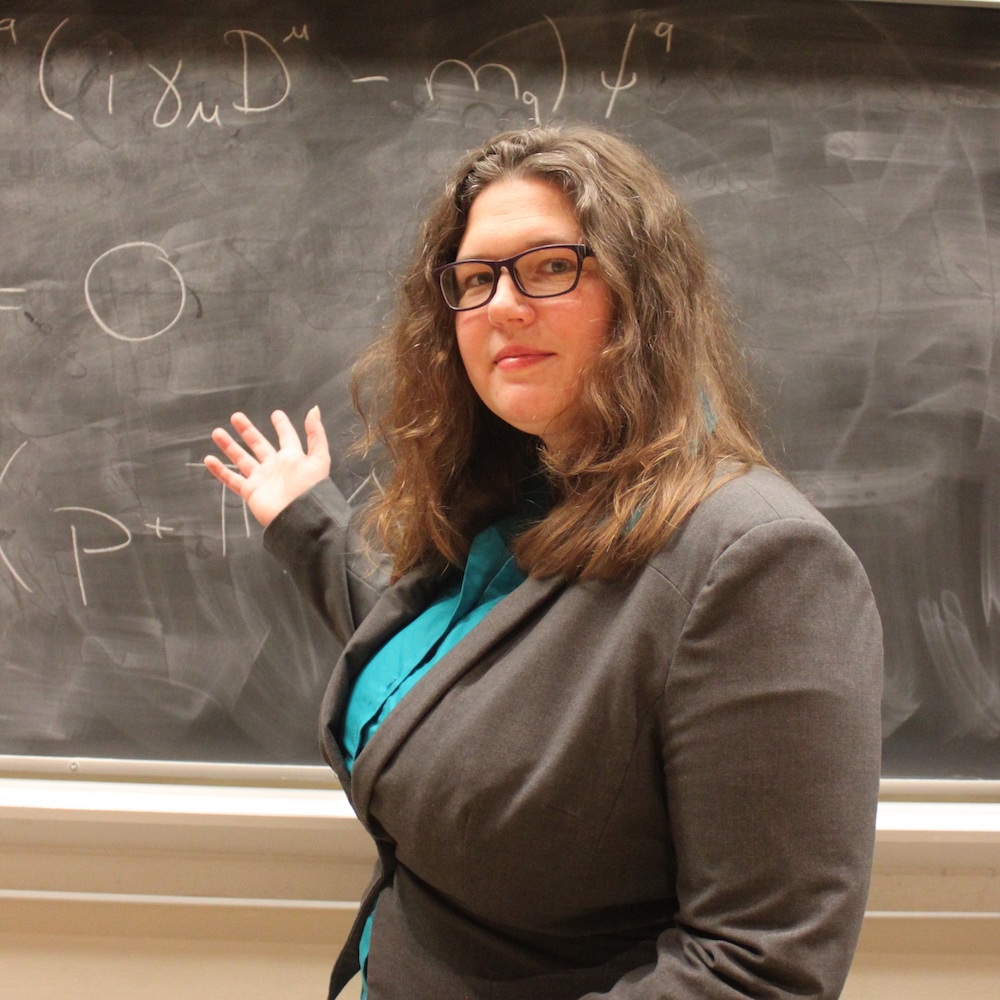 Jacquelyn Noronha-Hostler, Department of Physics and Astronomy, studies the Quark Gluon Plasma, the liquid that filled the universe milliseconds after the Big Bang, only to be washed away as the universe bloomed into existence. Her work involves high-energy nuclear experiments that create "little bangs" in the laboratory, conducted at the Relativistic Heavy Ion Collider at Brookhaven National Laboratory on Long Island and at the Large Hadron Collider in Switzerland. Noronha-Hostler recreates the motion of this "quark gluon soup" using state-of-the-art numerical simulations that describe an almost perfect liquid moving at nearly the speed of light on high performance computers.

Shubhangi Saraf, Department of Mathematics and the Department of Computer Science, does research in theoretical computer science and discrete mathematics. She studies the mathematical foundations of computer science, and applies mathematical methods to understand what problems are efficiently solvable on a computer. In addition to shedding light on the power and limitations of computer algorithms, this understanding is also crucial for modern cryptography. Saraf’s research has made important contributions to this area, specifically to questions in algebraic complexity theory, sublinear-time algorithms, and to the theory of error-correcting codes. 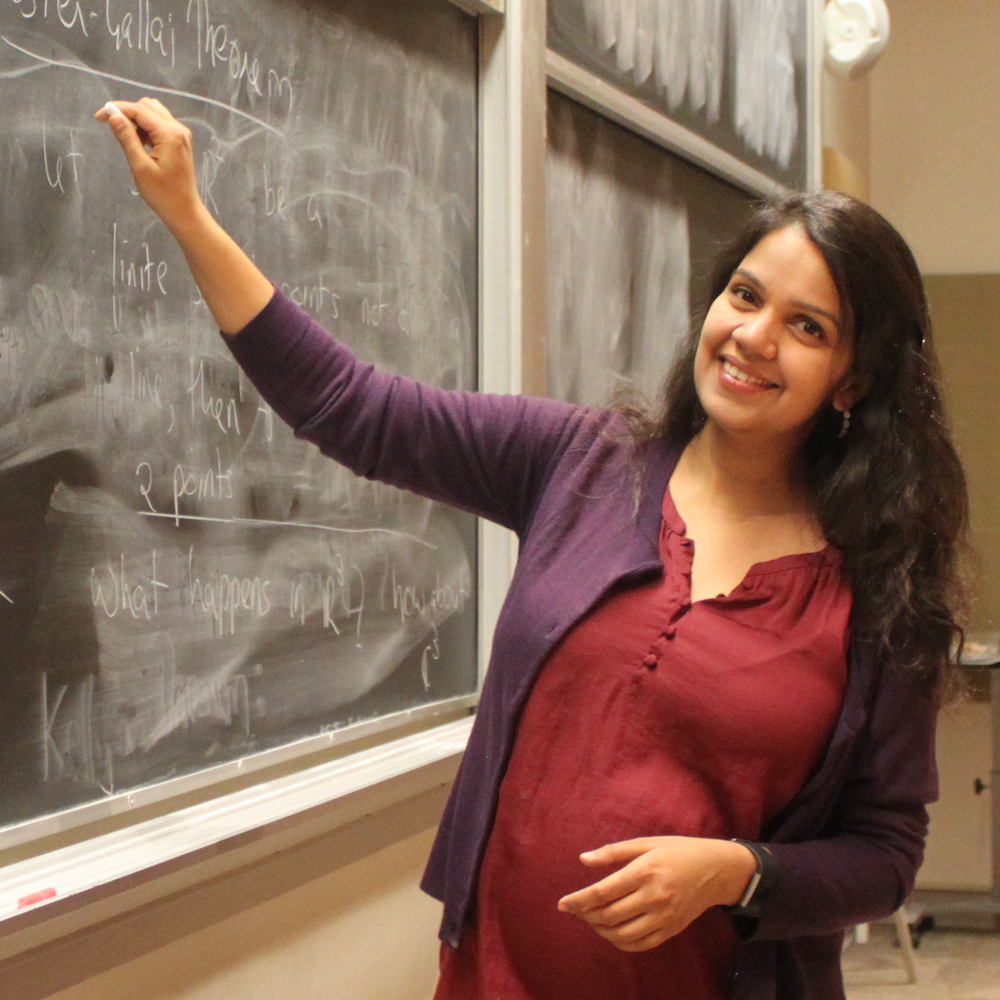 Open to scholars in eight scientific and technical fields-chemistry, computer science, economics, mathematics, computational and evolutionary molecular biology, neuroscience, ocean sciences, and physics-the Sloan Research Fellowships are awarded in close coordination with the scientific community. Candidates must be nominated by their fellow scientists and winning fellows are selected by an independent panel of senior scholars in their field on the basis of a candidate's research accomplishments, creativity, and potential to become a leader in his or her field. Winners receive a two-year, $65,000 fellowship to further their research.

Past Sloan Research Fellows include many towering figures in the history of science, including physicists Richard Feynman and Murray Gell-Mann, and game theorist John Nash. Forty-five fellows have received a Nobel Prize in their respective field, 16 have won the Fields Medal in mathematics, 69 have received the National Medal of Science, and 17 have won the John Bates Clark Medal in economics, including every winner since 2007.

More information about the 2018 Sloan Research Fellows can be found here.