It's not easy driving a rover on the red planet 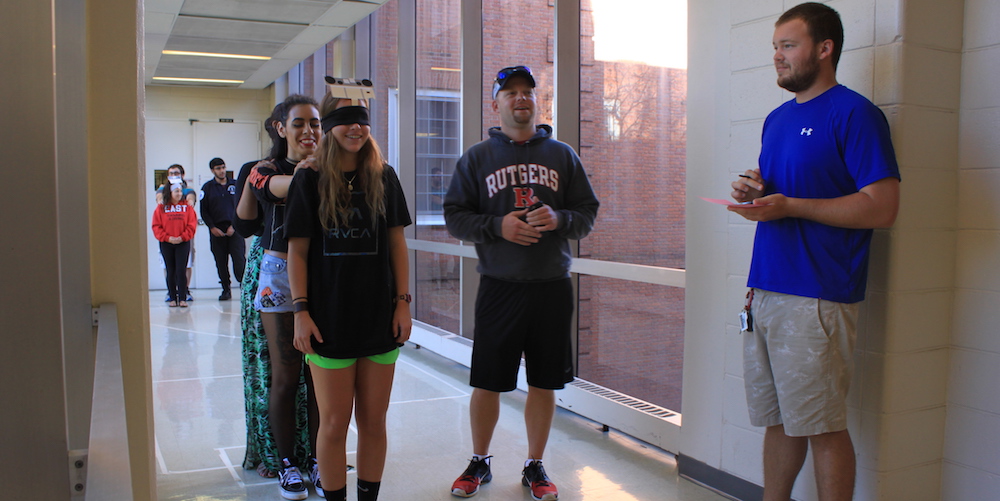 It was an unusual sight to see in the Wright Reiman Laboratories building.

Small groups of blindfolded students were in a hallway lining up, locking arms, and attempting to move—forward, backward, and sideways—without crossing boundary lines taped to the floor.

“Because if you step outside the lines it means you fell down a crater or jumped onto a giant rock,” said Juliane Gross, a professor in the Department of Earth and Planetary Sciences in the School of Arts and Sciences.

Gross, the teacher of a popular elective course, “Planet Mars,” was having her students simulate the way NASA guides the six-wheeled Mars Exploration Rover vehicle across the treacherous terrain of the red planet.

“It’s not easy to drive a Rover,” she told students. “And you’re about to find out why.”

Indeed, NASA engineers navigate the rovers from 150 million miles away on Earth, reviewing images sent by the rover’s camera and then transmitting follow-up directions back to Mars.

Gross recreates that sequence for her class, with students and cellphones standing in for aerospace technology. Each group of three blindfolded students is a Rover. And a student who takes cellphone pictures of their position on the floor acts as the communications system. Another set of students sitting in the classroom act as navigators, reviewing the cellphone images and sending out directions.

The intricate, painstaking exercise hit home for students, particularly after the blindfolded teams made their way fitfully around the halls, with at least one of them bumping into a water fountain.

“We take it for granted that these machines know exactly what to do and where to go,” says student Chandni Khawaja. “But in fact there’s a lot that goes into getting it right, and things can go wrong very easily.”

“It’s pretty tricky staying in those lines,” said journalism major Jacqueline Suazo. “But it’s also really fun. I feel like we don’t know enough of what’s going on at NASA so it’s helpful to get this kind of detailed explanation.” 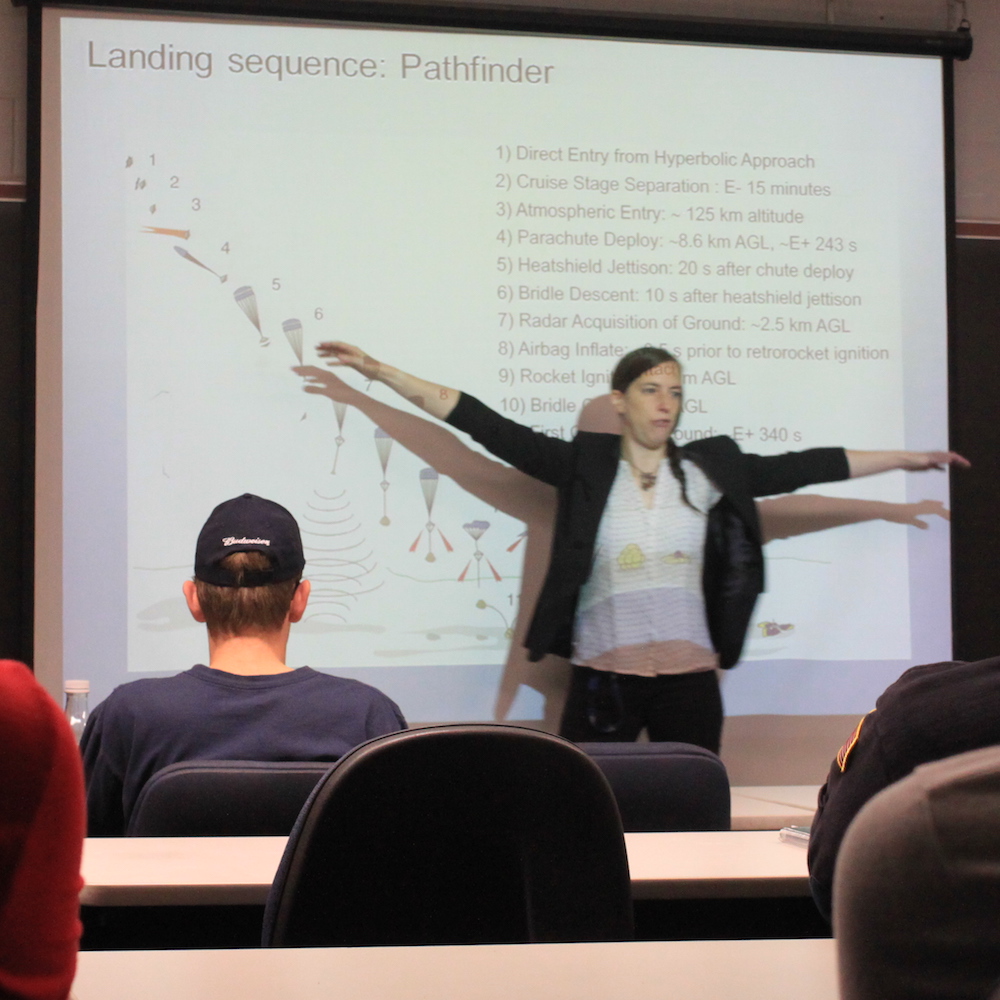 The course, which Gross revived and enhanced after joining Rutgers in 2015, draws dozens of students, most of whom are non-science majors. The students explore the formation and evolution of Mars, and study its climate. They also learn about NASA’s exploration program, studying the mission of the Spirit and Opportunity rovers.

Gross said her underlying goal is for students to leave the course with a greater openness toward science.

“So I want them to discover that science is fun, and not too hard if you’re inspired and willing to invest a bit of energy.”

She has designed the course to be both rigorous and fun. During one class, the students toss rocks onto a mixture of flour and cocoa powder to observe how craters form, which is the principal process that shapes planetary surfaces.

Students also get a thorough grounding in planetary science, discovering the central role geology plays in Mars exploration. Students learn, for example, how the Rovers are equipped with spectrometers that scan for minerals, such as iron oxides called hematite.

“If you find iron oxides, you know there was water,” Gross tells students during a recent lecture. “And the mission is to follow the water, explore the geology, and explore the climate and how it changes. We need to know all of this, if one day we want to go and colonize Mars.”

Alex Mocanu, a public relations major, said he feels as if the course has made him a better citizen, one who knows the facts about Mars, is conversant with NASA’s missions, and can critique representations of space exploration that appear in movies or the news media.

“This course is engrossing,” he said. “I understand what people in NASA go through to have these Rovers do all these things, and how stressful it can be when things don’t go according to plan.”

Gross, a native of Germany who studied minerology and petrology at Ruhr-University Bochum, says she became “totally hooked” on Mars after doing a post-doc at the Lunary Planetary Institute/NASA.

“That is when I fell in love with planetary sciences,” she says. “Working on rocks from different planets that are billions of years old feels very humbling, and puts everything else into perspective.”

A science fiction fan, she always wanted to be an astronaut, but is prone to motion sickness.

“It’s like I'm able to visit these places through the rocks,” she said. “I enjoy it so much and now I'm trying to share my enthusiasm and love for planetary science with my students.” 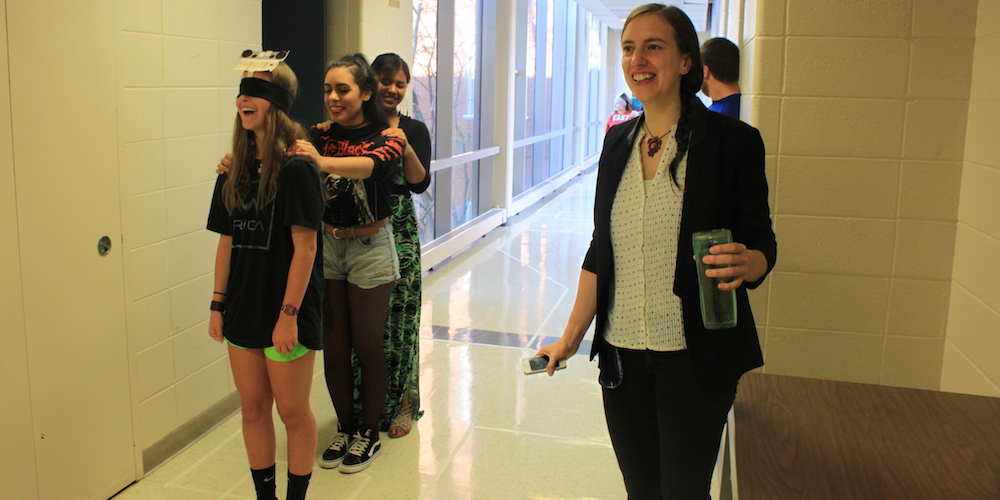