Simon Wickhamsmith is the first to translate Mongolian literature into English 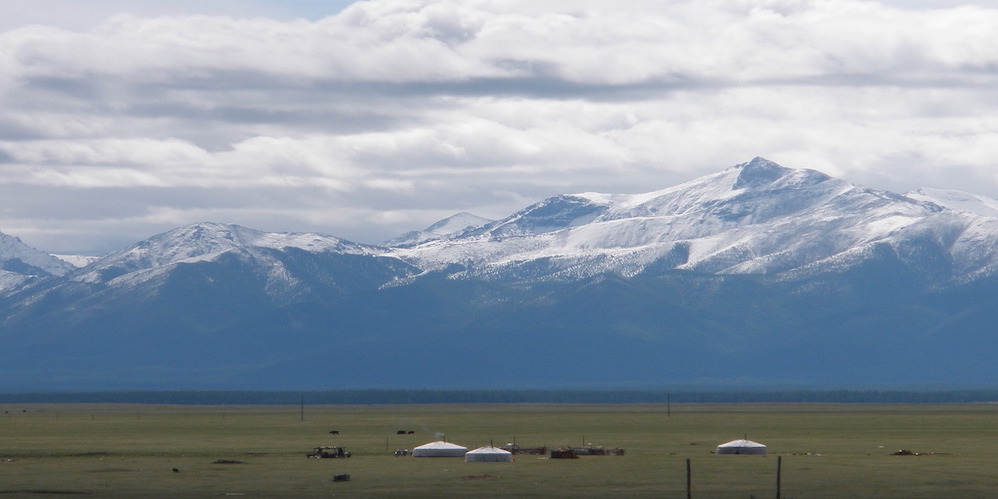 It’s the highest honor that Mongolia bestows upon foreigners.

And over the years the Order of the Polar Star has been awarded to a host of distinguished diplomats, political leaders, and spiritual figures who have used their talents and expertise to help the East Asian nation.

That A-list now includes a Rutgers teaching instructor in the School of Arts and Sciences. 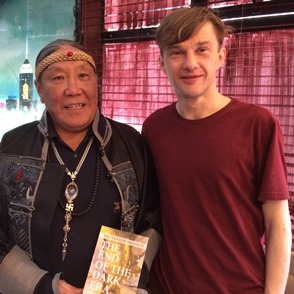 Simon Wickhamsmith, who teaches in the Rutgers Writing Program and the Department of Asian Languages and Cultures, received the award over the summer and shook hands with then-president Tsakhia Elbegdorj.

“I am stunned and very grateful,” Wickhamsmith said in a recent interview upon his return to New Brunswick. “This was a real acknowledgement from the highest level of leadership that literature in Mongolia matters, and matters deeply.”

Wickhamsmith has translated about 20 works of contemporary Mongolian literature, including novels, short stories, and poetry.

And it’s not only Mongolia recognizing his work.

His translation of The End of the Dark Era, a book by poet Tseveendorjin Oidov was shortlisted for the 2017 National Translation Awards in Poetry and Prose by the American Literary Translators Association.

And at Rutgers, meanwhile, Wickhamsmith is drawing a growing number of students with his courses in Tibetan and Manchu languages, and in Mongolian literature.

“Simon represents a new and expanding aspect of our department,” says Paul G. Schalow, chair of the Asian languages and cultures department.

A native of Portsmouth, England, Wickhamsmith was drawn to Mongolian literature through his interest in Tibetan Buddhism. He briefly became a monk, learning several Asian languages and eventually connecting with the small but growing literary community in Mongolia.

“I found someone online who claimed to be a Mongolian poet,” Wickhamsmith recalled. “He wrote back and said ‘we the Mongolian people are honored by your work, and I will pay for your ticket if you come visit our country.”’

It turned out that the writer was one of Mongolia’s leading poets, Mend-Ooyo Gombojav, who made good on his promise to fly Wichhamsmith to Mongolia. He also introduced Wickhamsmith to Oidov, the author of End of the Dark Era, which became the first commercially produced book of contemporary Mongolian literature in English.

Wickhamsmith is continuing to translate contemporary literature and has made Mongolian writers of the 1920s and 1930s during the Communist revolution the subject of his scholarly research.

“I love Mongolia,” he said. “I love the landscape, I love the people. It touches my heart.”