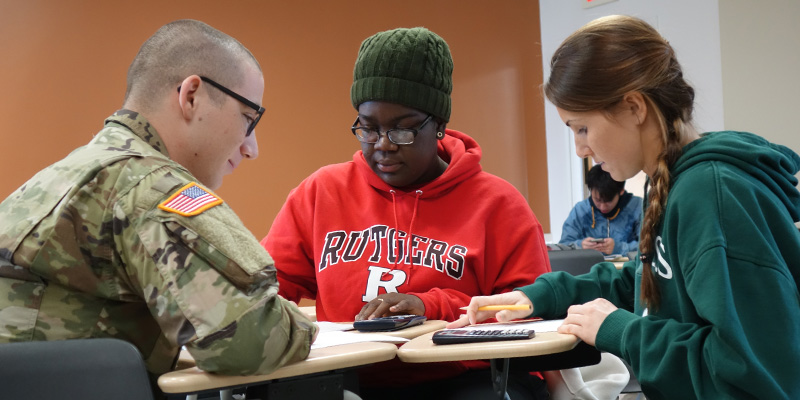 Michael Weingart is a mathematics professor with a knack for connecting with students who don’t like math.

Consider the description he wrote for his “Introduction to Probability” elective, and the way it seeks to reassure students feeling anxious, skeptical, or just plain uninterested.

“You will never be left wondering, ‘What is this good for? What does this have to do with real life?’’’ he wrote in the course summary that appears on the math website.

With his friendly, down-to-earth manner, Weingart has taken on the task of reaching out to non-math majors across Rutgers University–New Brunswick. Over the course of several years, he has been reimagining and redesigning the 100-level courses that are staples of the Department of Mathematics in the School of Arts and Sciences (SAS). He has sought to make the courses more engaging to students from the humanities, fine arts, social work, and other non-STEM disciplines. And he has enlisted a group of talented teachers—including three who won SAS Distinguished Contributions to Undergraduate Education awards—to teach those courses. 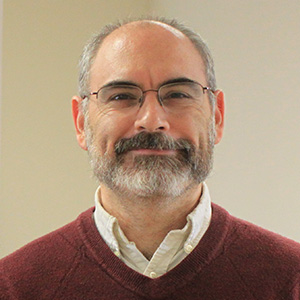 “We think a lot about the needs of non-majors in this department and we’ve invested significant effort to reach them,” Weingart says. “These courses should be an essential part of their liberal arts education and not just a hurdle on the way to graduation. They should grow from them. They should be stretched intellectually. And they should be more mathematically literate when they finish.”

Weingart recently launched a new version of the probability course that employs the “flipped classroom” or hybrid model in which students learn the material at home with the help of online videos and then build on that knowledge during class, where they work in groups to solve more complex problems.

During the class, Weingart moves adroitly from group to group, sitting in on their collective problem-solving and interjecting his expertise, which he always expresses in conversational language, sometimes laced with clever pop-culture references.

When one group is perplexed by a problem involving a series of coin tosses, Weingart helps them narrow down the objective, eventually channeling Mission Impossible. “Your mission, should you choose to accept it, is to find out how biased this coin toss is toward heads,” he says.

The videos for the class take a similar approach: concise instruction with Weingart’s voice providing precise and pithy narration over images of the problems getting worked out step by step.

“It’s not me sitting there lecturing for 80 minutes,” he says.

In one video, Weingart introduces the “Monty Hall problem” based on the classic gameshow Let’s Make a Deal. Students have to figure the probability of choosing between three doors, and then two, to win the new car and avoid getting the booby prize of goats.

In another video he shows test scores from two different classes and instructs students how to draw conclusions about the results, an analytical skill that he notes will have value in many workplaces.

“If your eyes are glazing over looking at all these numbers, that’s a good reaction!” Weingart tells students. “But we live in era of big data, so being able to take look at data and extract some information is important.”

“Online courses can be problematic,” says La Neve, a psychology major who plans to become a K-8 teacher. “But Professor Weingart makes the videos very animated and engaging. He changes the level of his voice for emphasis. He just sort of grabs your attention and pulls you through the lesson.”

La Neve and others say they like the hybrid class because they have more opportunity to absorb the material than if they were learning it only in a lecture. And they can move forward sooner if they master the lessons. 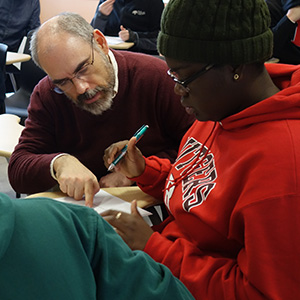 “You can go at your own pace when you are watching the videos,” says Cierrah Williams, a junior. “If you don’t understand something, you go back and rewind it.”

And while it’s true that most students in Weingart’s class are not planning to switch their major to mathematics, neither are they simply dismissing the discipline. Sophomore Joseph Niece, who is in Army ROTC, plans on working in human resources management as a military officer, and said the study of probability is important in predicting workplace trends.

“One of the things I like about the hybrid approach is that it really makes me focus on my work at home,” he said. “And then when I come into class, everything gets refreshed and reinforced.”

Weingart relies on a talented team of math department faculty members, including some who are steeped in research about hybrid classes.

Alice Seneres, (now with the Rutgers Learning Center) and lecturer John Kerrigan, wrote their dissertations on the flipped classroom approach now offered in several popular electives, including “Topics in Mathematics for the Liberal Arts.”

“Their research on the hybrid project informs our teaching and allows us to improve it as we move forward,” Weingart said.

Weingart stressed that hybrids are not for everyone, and that he has also retooled the content and the teaching of traditional versions of the courses, adding subject matter relevant to students such as the mathematics behind student loans and voting.

“There is no one-size-fit-all approach,” Weingart said. “We should provide different formats and let students decide what works best for them.”