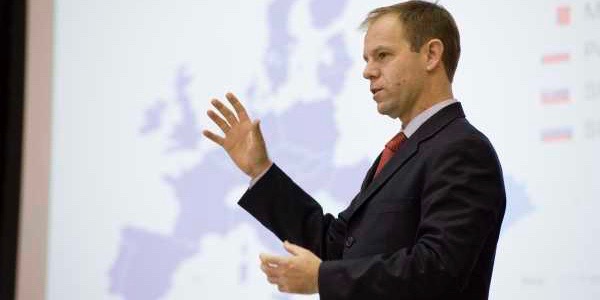 R. Daniel Kelemen, a political science professor at the School of Arts and Sciences, explains the rise of far-right nationalist parties in a number of European countries that threaten to bring—and in some cases have brought—autocratic regimes, a strong ethnic nationalism, and an anti-immigrant backlash. He also explains how the Trump presidency could bolster those trends.

How political trends in EU parallel Trump victory in US

With Donald Trump in the White House, it may be instructive to examine the political trends roiling America’s closest allies in Europe, says R. Daniel Kelemen, a political science professor at the School of Arts and Sciences.

Kelemen, the Jean Monnet Chair in European Union Politics, recently wrote an article for Foreign Affairs —“A Dark Age for European Democracy?” — exploring the rise of far-right parties in Europe and how the Trump presidency may influence and bolster that trend. In the interview below, he discusses the threats to Western democratic values in Europe and how Trump and Russian President Vladimir Putin fit into the larger picture. 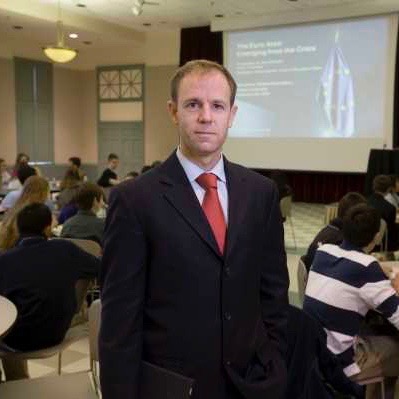 Q: You wrote in Foreign Affairs that these are dark days for European democracy. Do you think that democratic values in Europe—values such as the protection of human rights, and upholding the rule of law —are the facing the biggest threat in the post-World War II era?

A: Yes. We have seen gains by far-right nationalist parties in a number of countries that threaten to bring—and in some cases have brought—autocratic regimes, a strong ethnic nationalism, and an anti-immigrant backlash. In Hungary, we saw Viktor Orban elected in 2010 with a strong majority and then proceed to concentrate power, clamp down on the judiciary and press, and install an autocratic-style government, what he likes to call an “illiberal” democracy. He admires regimes like those in China and Russia. And we see Poland with the Law and Justice Party following the Hungarian example and triggering a constitutional crisis.

With the election of Donald Trump, Europe faces new challenges. For 60 years, the central pillar of U.S. foreign policy has been the bipartisan consensus in support of our alliance with Western European democracies. Now we have a president who departs from that and embraces an autocratic ruler, Putin, who would like to see Europe divided so he can expand Russia’s influence.

Q: Why are we seeing this tilt toward populism and authoritarianism in Europe at this time?

A: First, we shouldn’t exaggerate the phenomenon. It’s true that the far right is enjoying more electoral support on average across Europe than it ever has. So that is worrying. But we only have far-right parties controlling the government in a couple of cases, so it has mostly been kept out of power. And I am hopeful that the center will hold in the Netherlands, France, and Germany, which all have elections this year.

That said, the biggest single reason for an ascendant far right is a backlash against immigration, both immigration in general and specifically the refugee crisis from the Middle East and North Africa. Politicians have seized upon this to create fear among populations that they are going to be overwhelmed by waved of refugees. In addition, there has been years of stagnant economic growth, which increases peoples’ dissatisfaction with the status quo.

Q: Do you see a parallel between the rise of far-right parties in Europe and the Trump victory in the United States?

A: Without question. If you view Trump in a European context, he is certainly a far-right politician. He campaigned on the same type of platform that far-right politicians in Europe embrace. That is why some of those politicians cheered his victory, including Marine Le Pen and Orban. They view him as a sign of hope. Trump himself has praised Orban and invited him to the White House.

Q: You wrote that European leaders can expect Trump to try to divide them.

A: He has told German and British news agencies that he thinks other countries will follow Britain out of the EU and that that is a good thing. He has questioned the relevance of NATO and in general he is undermining the institutions that have unified Europe.

Q: How does Russia fit into this picture?

A: Let’s separate what we know and what we don’t know. From our intelligence services, we know Russia waged a campaign to interfere with our election and promote a Trump victory. We know that some people in the Trump campaign, such as former campaign manager Paul Manafort and advisor Carter Page have close ties with Russia.

We know about the existence of this dossier that suggests Russia has compromising material on Trump. That report has not been verified but we know that U.S. intelligence agencies are investigating the allegations and are investigating associates of Trump.

My big concern is that Trump will try to shut down these investigations and the truth may not come out, whatever that truth is.

Q: What does Trump see as the advantage for supporting Putin?

A: Trump embraces a lot of Putin’s ideology. Putin stands for ethnic nationalism with a strong authoritarian rule. Trump sees himself having more in common with a Putin than with (German Chancellor) Angela Merkel, a traditional ally of the U.S.

Russia, meanwhile, is subject to sanctions that are costing its economy billions and billions of dollars. Putin knew very well that Clinton was a strong supporter of the sanctions and of upholding international law. Trump said repeatedly that he wants closer relations with Russia and is open to lifting the sanctions.

Q: In the coming year there are elections in Netherlands, France and Germany. But you have written that you believe the center will hold.

A: Yes, that’s not to say that the far right will not do well. They will do well perhaps better than they ever have. Will they end up getting control? No. And that is because of the systems of election in each country. In the Netherlands, Geert Wilders may get the most votes, but he is not going to get a majority and you need a majority to govern. In the French system, I think Le Pen may get the most votes in the first round, but they have two rounds in the French system and the opposition will come together around the other candidate. Merkel, meanwhile, is looking much stronger, despite the Alternative for Germany.

Q: What else should we be watching for in the European political landscape in 2017?

A: We should be watching in general for the rise of authoritarian, anti-democratic forces who of course, dress themselves up as democratic but whose end goals are not very democratic. We should be watching for Russia to test the unity of the West by challenging European security on its eastern frontiers. The other thing to worry about is how these autocratic regimes in Poland and Hungary react to efforts by the EU to keep them in the family of democracies. The tension could escalate as European institutions try to maintain the rule of law and constitutional order when those governments are trying to get rid of them.

Professor R. Daniel Kelemen is interim director of the the Center for European Studies at Rutgers. Please check the  website for information on the center's work and events.