"She would be smiling now" ---- Siddhartha Dalal 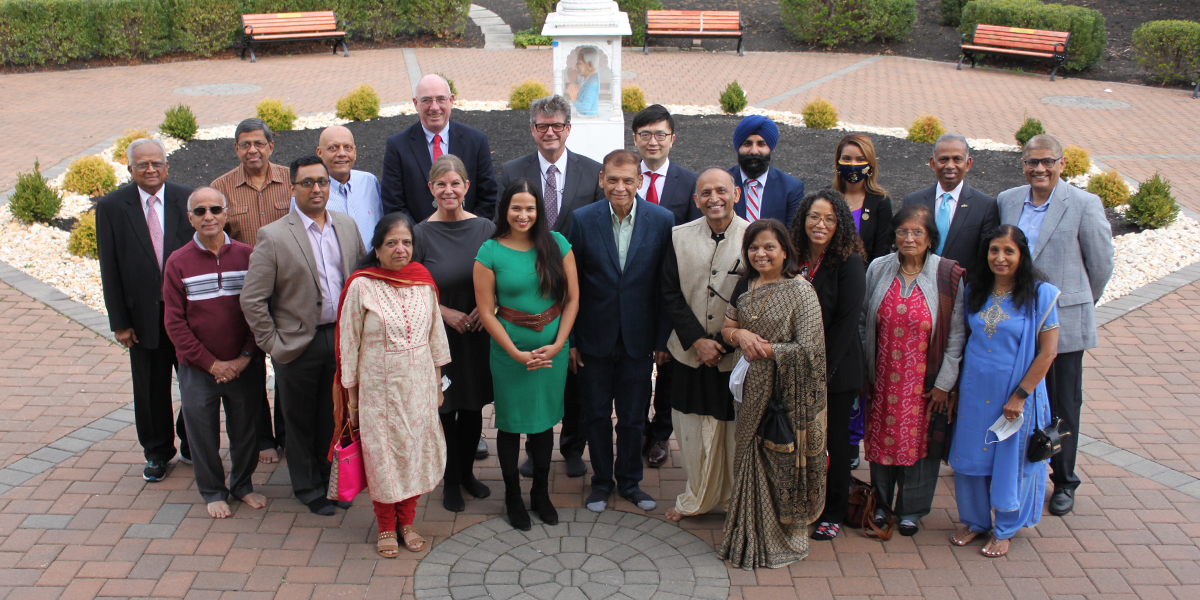 A Rutgers University alumna was on her deathbed when she made a special request to her family.

“Be charitable,” Alka Dalal told her husband, Siddhartha, and two children, Preeyel and Nemil, before dying of complications related to ALS in the fall of 2016. 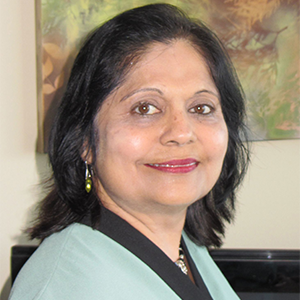 Through a generous gift from the Dalal family, the School of Arts and Sciences is establishing an academic program in Jainism, a faith tradition that emphasizes nonviolence toward all living things. Alka, a devout Jain, exemplified Jain principles throughout her life, whether it was through philanthropy, her artwork, or simple kindness to those around her.

“She would be smiling right now,” Siddhartha said.

The Alka Siddhartha Dalal Endowed Postdoctoral Fellowship in Jainism will place Rutgers among a small but growing number of schools providing in-depth teaching and research on Jainism, one of India's principal ancient faiths, along with Buddhism and Hinduism.

Jainism, which has roughly 5 million followers worldwide, was a major influence on Mahatma Gandhi as he developed the nonviolent resistance practices he employed in South Africa and during India’s independence movement, which later inspired Martin Luther King Jr. and Nelson Mandela.

The Rutgers program was officially announced last month during a signing ceremony at the Jain Center of New Jersey, with leaders from SAS and the Rutgers University Foundation sharing a stage with Siddhartha, his daughter Preeyel, Jain community leaders as well as a representative from the office of Gov. Phil Murphy. 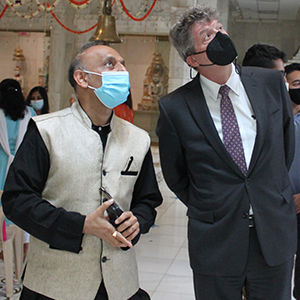 “Today is more than a celebration,” SAS Executive Dean Peter March said to the audience of several hundred gathered at the center in Franklin Township. “It is the beginning of an exciting new partnership with Rutgers and the Jain community.”

Kimberly Hopely, the foundation president, declared that a gift such as Siddhartha’s is an expression of love.

“To give a gift in honor of the memory of another—there is no greater gift,” Hopely said. “I want to thank you for your gift of love, and we receive it with the spirit and intent that you meant.”

The Department of Religion plans to hire a post-doctoral scholar in Jain studies, which will add to the department’s strengths in Asian religions. Tao Jiang, the department Chair, said the scholar will teach, conduct research, lead campus events, deliver public lectures and build connections to the Jain community in New Jersey, which is the largest in the United States.

“We will work hard to build on the spirit of this generosity and nurture a long-lasting bond between Rutgers and the great Jain community,” Jiang said.

“This is one of the most joyous days for me, my family and my community—creating a postdoc fellowship at a great institution like Rutgers on Jainism in memory of my wife,” he said. 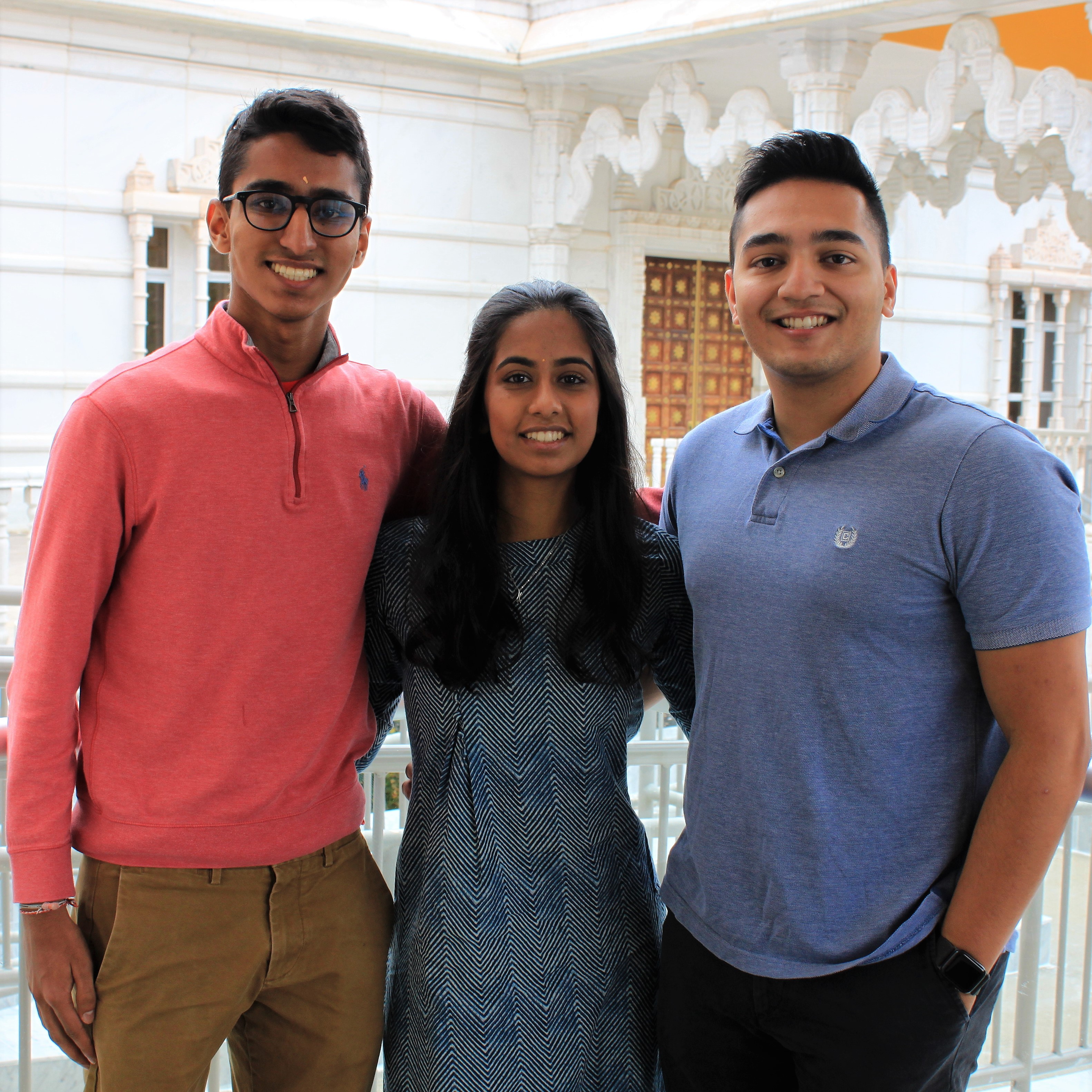 Attending the ceremony were representatives of the Rutgers University Jain Association, a student group that organizes volunteer activities and social events on the New Brunswick campus.

“The Jain community, consisting of over fifty students and growing with each day, is proud of this hallmark event and excited for what the future holds,” says Harshita Jain, a senior, who serves as one of three co-presidents of the group. “We are deeply grateful to the Dalal family for making it all possible.”

Alka Dalal was born and raised in India, the granddaughter of a Jain monk. Her father was jailed with Gandhi during the struggle for independence. Living in the United States since she was 20, Alka brought her Jain values to everything she did, whether it was supporting the Jain Center, serving as division governor for Toastmasters’ clubs or president of Raritan Valley Arts Association. She was also an artist who painted hundreds of oil, acrylic, and mixed media pieces.

Alka earned her master’s degree in food science from Rutgers in 1983 and worked as a nutritionist at Jamaica Hospital in Queens. She was also a staff manager at AT&T. In her later years, she worked as a consultant and life coach, seeking to help small businesses and people. 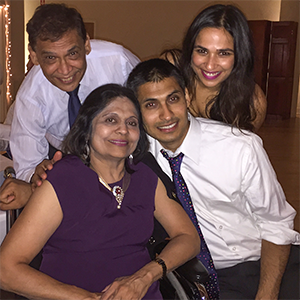 “She built community everywhere she went,” Siddhartha said. “She believed in sharing her life and helping others in any way she could.”

After Alka’s death, Siddhartha went through a period of deep grief followed by a transformation. He meditated at a monastery in India and climbed Mount Kilimanjaro. A longtime data scientist and high-level executive in the corporate sector, he yearned to help young people so he became a professor of professional practice in the Department of Statistics, Columbia University.

The idea for the Jain studies program, he notes, took hold at this time as way to honor his wife and support teaching, research, and community engagement that will benefit Jains and non-Jains alike.

He hopes that in time, hundreds of students every year will take courses in Jainism. But in the long run, he hopes the program will have a more profound impact in the world.

“Someday, as a result of what has been done, and what has been taught, I hope the world will get new Gandhis, Mandelas, and Kings,” he said. “They won’t necessarily be Jains, but they’ll understand the principles—the value of all living forms.

“That to me, would be the greatest thing to come from this.” 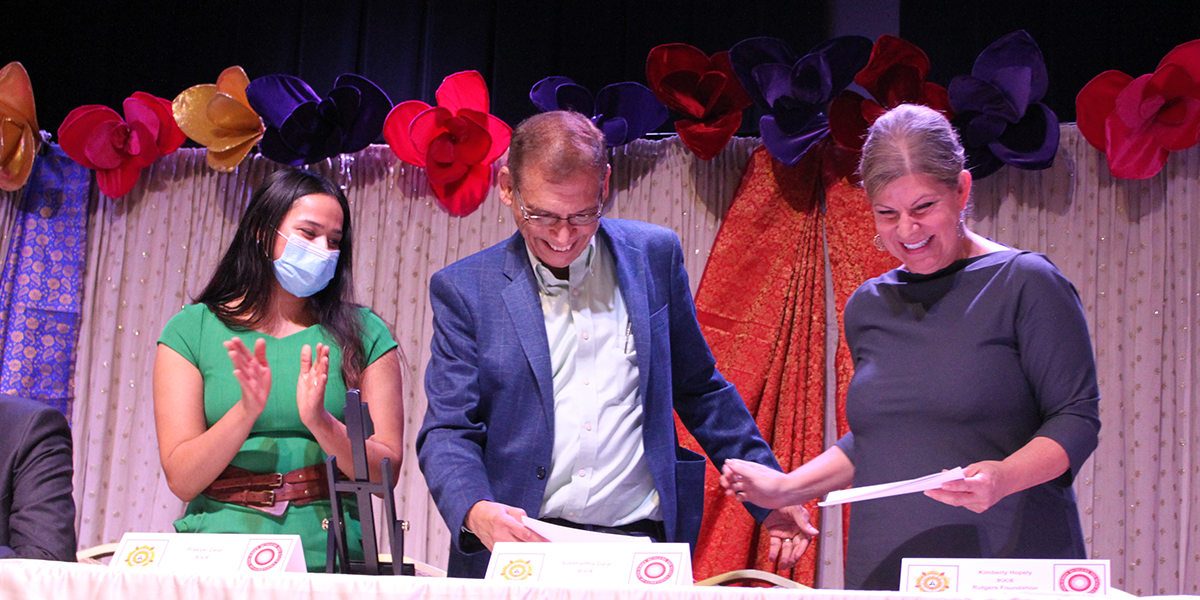