His Mission: Helping Ph.D.s get the Jobs they Love

Alumnus seeks to build pipeline between academia and industry 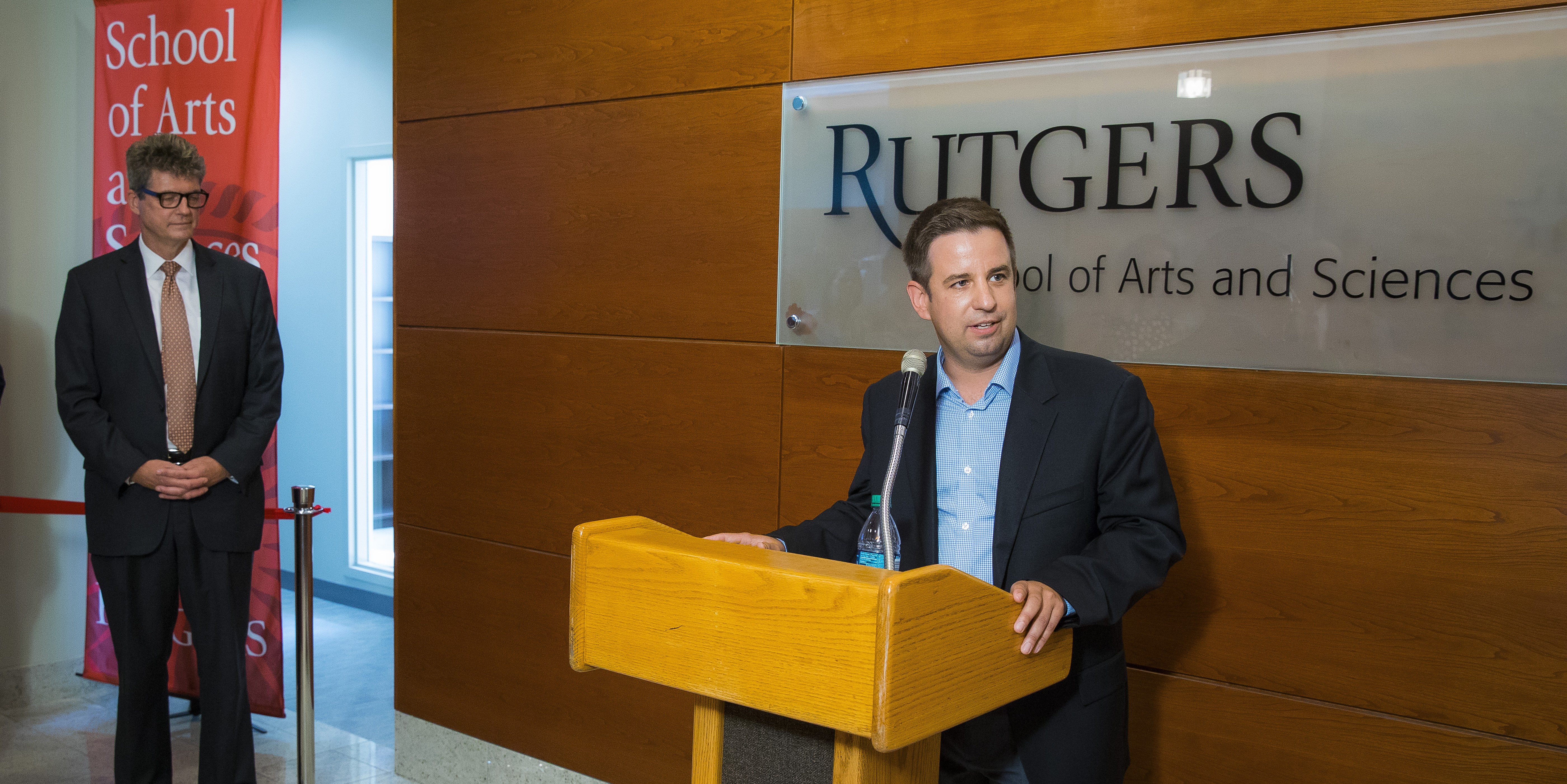 Roman Holowinsky was at a crossroads.

The Rutgers senior was graduating with a bachelor’s degree in mathematics and computer science, but had no idea what to do next.

He made a last-minute decision to attend graduate school.

His decision worked out well. He studied under Henryk Iwaniec, the renowned analytic number theorist in the Rutgers Department of Mathematics. Holowinsky ultimately joined the faculty of The Ohio State University in 2010, where he remains today as a tenured professor specializing in analytic number theory. His research has received prominent awards, including a Sloan Fellowship and the SASTRA Ramanujan Prize.

But his experiences as a young adult—from grappling with decisions about graduate school and careers, to adjusting to life as a new faculty member—have motivated him to find a second calling in which he seeks to help young scholars facing similar hurdles.

Being at Rutgers is a huge advantage—living in this very diverse, high-energy, real-world experience

At Ohio State, Holowinsky has been instrumental in the creation of two academic “startups”—the STEAM Factory and the Erdős Institute—that may become national models.

The STEAM Factory is a network of scholars that promotes interdisciplinary collaboration and stronger connections to the Columbus, Ohio community. It began as a fledgling meetup group for new faculty at Ohio State. Today, the STEAM Factory has its own headquarters, hundreds of faculty participants, and regular programs that include seminars, open houses, and public lectures.

“We had all these people in search of community,” says Holowinsky one of a handful of faculty founders. “Then what started as academic community grew into academic collaboration.”

More recently, Holowinsky formed the Erdős Institute to focus on the needs of another academic community: doctoral students and post-docs.

The mission is simple yet daunting.

“We help Ph.D.s get the jobs they love while helping companies hire the Ph.D.s they need,” he says.

The institute works to build a pipeline between academia and industry through initiatives that include month-long “boot camps” to teach industry-specific skills, such as data science. The institute arranges for internships at companies and holds peer-to-peer seminars in which Ph.D. alumni working in industry meet current graduate students and post-docs from similar departments.

The program has expanded to Rutgers and the University of Michigan.

“The key is the marriage of corporate and alumni engagement, he said. “We build bridges between the university and industry by building community among our Ph.D. students and Ph.D. alumni.”

Supporting these students is urgent, Holowinsky says. Universities in the United States are graduating more than 40,000 science-based doctoral students annually. Yet there are only about 3,000 permanent faculty jobs opening up every year. And though there are employers in tech, finance, and other sectors seeking well-educated talent, many traditional academic departments lack industry connections.

“My students’ happiness is my success,” Holowinsky says. “With the oversaturation of the academic job market, we have a responsibility to educate them about all the opportunities that are out there.”

Since launching Erdős in 2017, Holowinsky has partnered with colleague Amanda Perrin to add an industry placement office, recruited a large network of Ph.D.s to serve as advisors, and forged connections with dozens of companies.

He credits his Rutgers experience with instilling in him the entrepreneurial drive, networking skills, and energy to get the job done.

“Being at Rutgers is a huge advantage—living in this very diverse, high-energy, real-world experience,” he said. “You learn to deal with all types of situations, and you are much more comfortable in the world.”