How the Economics Department Built a Winning Rutgers Team 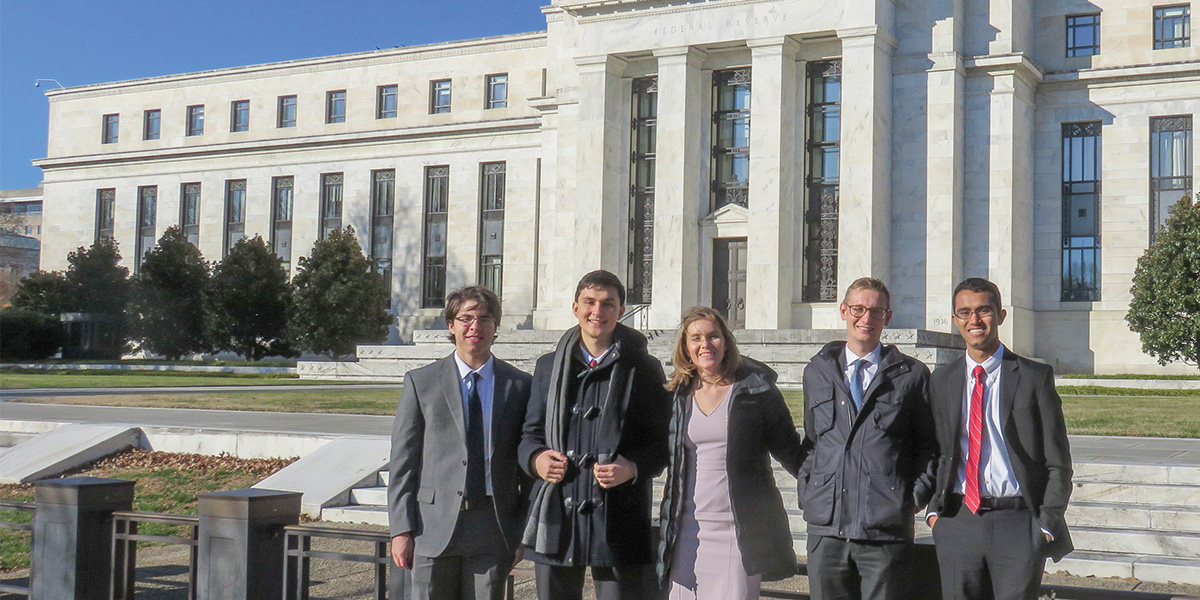 In 2003, Rutgers University economics professor Jeff Rubin was approached by two undergraduates wanting the school to participate in an intercollegiate academic competition known as the College Fed Challenge. Rubin had never heard of the competition, which had recently expanded from the high school to the college level. But he was game. 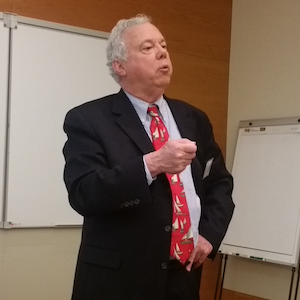 “Here are these motivated students knocking at my door,” Rubin says. “I felt I should support them.”

He had no idea that his team of Rutgers University-New Brunswick students would become a respected institution, competing against, and often defeating, some of the most prestigious schools in the country. Rutgers won the nationals in 2016—the only time a public university has finished at the top—and last year finished second to Yale University.

The team’s triumph, he emphasizes, is due to the students. Many are economics majors in the School of Arts and Sciences; others are business and mathematics majors. They spend the fall semester mastering the intricacies of U.S. economics and monetary policy, and then developing a presentation that’s accurate, informed, and eloquent.

But a little-known side to this success story is how alumni who majored in economics—and who went on to high-level careers in government and banking in New York, New Jersey, and Washington, D.C.—have stepped up to support the team. 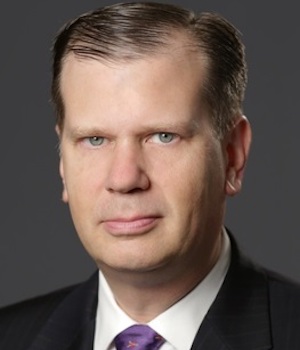 One of the first things Rubin did was find a macroeconomics whiz to whip the team into shape. He sought out Raymond Stone, who received his doctorate from Rutgers in 1981, and whose career included positions at the Federal Reserve Bank of New York, Merrill Lynch, Fidelity Bank, and decades of running his own company, Stone & McCarthy Research Associates, a global economic and financial market research firm.

The partnership between alumnus Rubin RC’70 and Stone continues to this day. While Rubin handles the oversight of the team, including crafting the presentation, Stone prepares the team for battle, drilling them relentlessly on everything from the labor market to inflation to interest rates.

“I come with an insider’s view of the Fed,” Stone says. “I have a technical grasp of how the Fed works and I try to bring that understanding to the students.”

“He is the force in the room,” Rubin says. 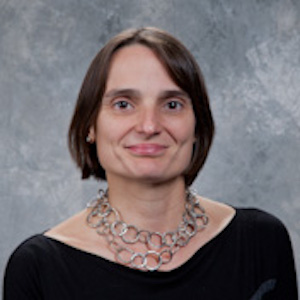 "When he starts to talk about policy the students are totally absorbed.”

Meanwhile, other Rutgers-trained economists, some of whom didn’t have the College Fed Challenge available to them as students, were eager to lend a hand. Doug Simons RC’90, a managing director of UBS Investment Bank and a Wall Street veteran, learned about the team while investigating ways he could give back to his alma mater.

“This immediately caught my interest,” Simons states. “It was the kind of activity I would have liked to have done as a student.”

Over the last decade the Simons family has provided financial support for the team. Simons occasionally sits in on practices to add his perspective culled from years of advising major commercial banks. “I spend a lot of time thinking about how changes in monetary policy are going to affect the drivers of my clients’ business,” he says. “This is the type of background and knowledge I try to bring to the students.

“And for me, I just feel very grateful to be able to give back to Rutgers in a way that’s so connected to what I do.”

The team’s trips to Washington, D.C. for the 2016 and 2018 finals turned up additional support.

An accomplished group of alumni economists who forged careers inside the Beltway came out to meet the team. The group included Robert Arnold, RC’83, GSNB’88, Congressional Budget Office; Mark Klee RC’05, U.S. Census Bureau; and Clara Vega RC’95, Board of Governors of the Federal Reserve System. The three took time out from their busy lives to help the students prepare for the competition and chat about careers, graduate education, and life as an economist. 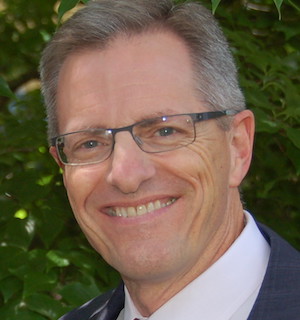 “Being an economics nerd from way back, I was happy to do this,” Arnold says. “Both times I was in awe of how smart, bright, and well informed the students were. As a loyal son of Rutgers, I was really proud.”

Klee was also eager to help. A former member of the College Fed team, Klee said the experience training under Rubin and Stone helped him meet the demands of graduate school and entering the academic job market.

The gathering was held at a Dupont Circle restaurant and left both alumni and students feeling inspired and grateful.

“Meeting with the students, I was very proud of my alma mater,” notes Vega. “The students I talked with had the perfect mixture of being smart, eloquent, and nice. It made me feel better about the youth who will lead this country in the future.”