A Star Surgeon Reflects on his Rutgers Past

Finding the "spark" that changed his life 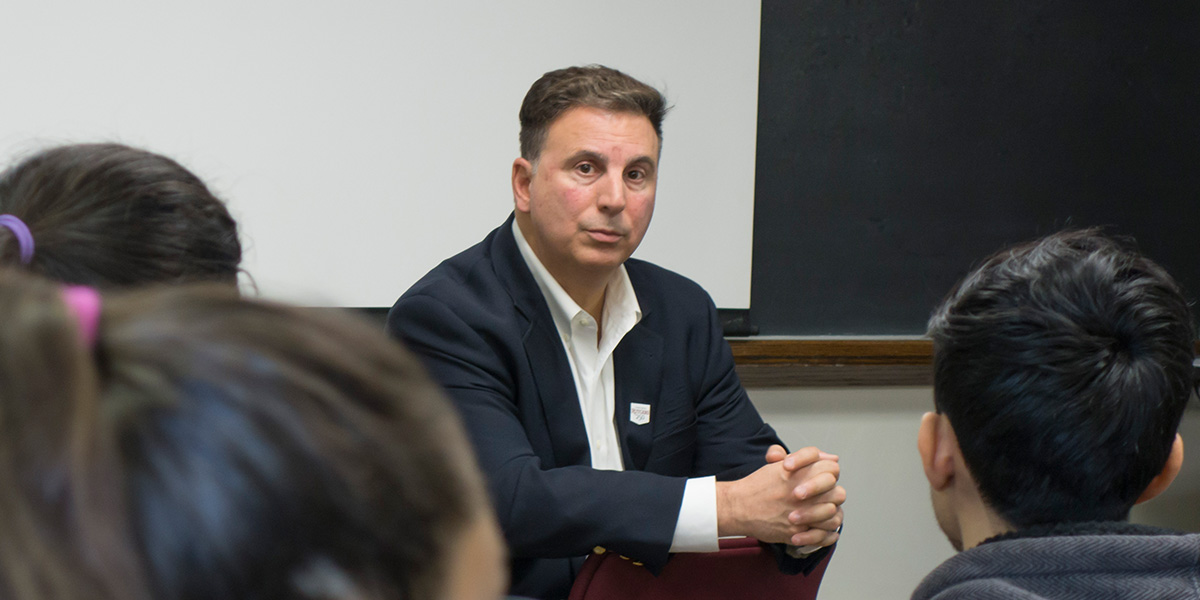 George Alfieris is one of America’s premier heart surgeons.

And anyone familiar with his work as a congenital cardiac specialist—nearly half his patients are less than a year old—might assume that his undergraduate experience at Rutgers University-New Brunswick was a blur of nonstop honors, awards, and achievements.

But when Alfieris arrived at Rutgers in the late 1970s, he struggled to find his calling.

“I was lost,” Alfieris RC’82, said. “Everyone one else seemed so focused. People were very competitive. I didn’t know why I was here.”

The transformation from struggling student to star surgeon took time, patience, and sacrifice. But Alfieris says that one key was simply the ability to keep an open mind and listen to others— teachers, friends, and colleagues—who helped guide him toward his destiny.

“It’s amazing how you run into people who change the course of your life,” he says. “It’s so important to listen to everyone because you never know where that spark is going to come from.”

Today, Alfieris is the director of pediatric cardiac surgery at the Golisano Children's Hospital in Rochester, New York, and associate professor of surgery at the University of Rochester School of Medicine and Dentistry. He is one of only 123 doctors nationwide certified in congenital heart surgery and has achieved the highest cardiac surgery survival rate in New York State for the most complex congenital diseases.

“George went out into the world and has come back as the world’s preeminent heart surgeon,” says emeritus professor Bruce Babiarz, a longtime faculty member in the Department of Cell Biology and Neuroscience in the School of Arts and Sciences, who taught Alfieris as an undergraduate and introduced him to students during a recent visit to Nelson Biology Laboratories on the Busch Campus..

Alfieris, the son of Greek immigrants, arrived at Rutgers after abruptly deciding against his longtime plan to attend the U.S. Air Force Academy—a decision that disappointed his father and left Alfieris wondering what he would do with his life.

But things began to turn around when, on a whim, he took an anatomy course with professor Nathan Hart.

“Here’s this big imposing figure with this huge mane of blond hair loping into the classroom,” Alfieris says. “Dr. Hart was fascinating to me. I wanted to perform well for him. It was the first time I really looked forward to going to a lecture and going to a lab.”

“All of a sudden, I found where I wanted to be, and I would be in his lab all the time,” Alfieris says. “And it all came out of this course I had taken because I wanted to do dissections.”

That would not be the last time Alfieris would receive a crucial push from a seemingly chance encounter. As a graduate student at Georgetown University, he landed a summer job as a lab tech at the National Institutes of Health. One day he impressed and stunned two surgical residents by performing a complex procedure that he had learned simply by observing the residents.

They told Alfieris he should become a heart surgeon and called his advisor at Georgetown.

“Here it is many years later and I'm living this life that I don’t know how it happened to me,” he told students. “But what I do know is that when I found something I loved, I went at it full blast.”

He makes a deep impression on students, many of whom want to be physicians.

“It inspired me to keep going through this process—and medical school is a long process,” says Christie Chang, SAS’ 17, who double majored in genetics and computer science.

“I personally related to what he was saying, especially about coming from immigrant families,” says Soliman. “I moved here two years ago from Dubai, and my parents are Egyptian. I’m still figuring out my plans and it was just so inspiring to hear Dr. Alfieris talk about his life in such a down-to-earth way.” 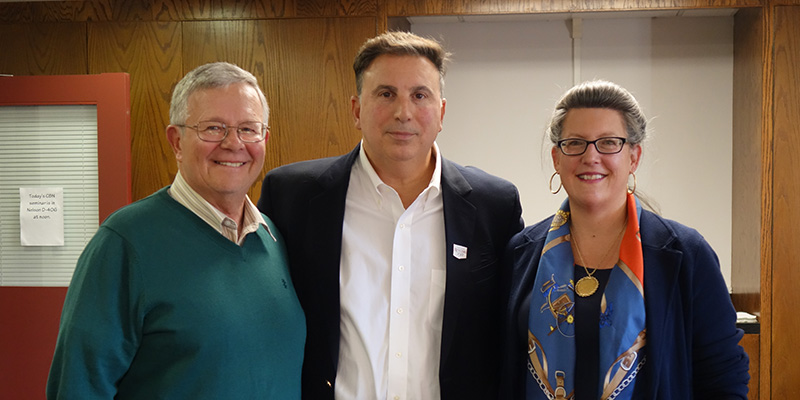