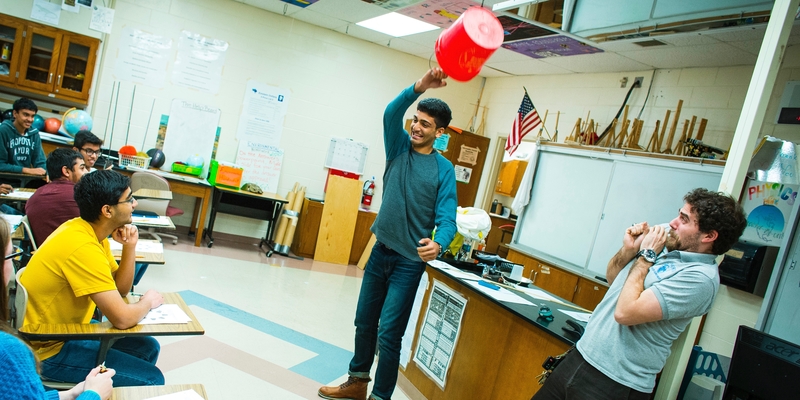 When high school teacher Tovi Spero introduces his students to physics, he starts with a seemingly ordinary, unintimidating, and non-scientific object. Like a bowling ball.

“I tell them to make it move,” Spero says. “Then based on what they see, I ask them to think about the information they can gather. Is there a pattern? Does that pattern suggest a larger question?

“Before they know it, they’ve done their first physics experiment.”

Spero, a member of the first graduating class of the School of Arts and Sciences in 2011, always knew he wanted to teach. But over the span of five years in which he completed his bachelor’s degree in physics and received a master’s degree from the Graduate School of Education (GSE) his ideas about teaching underwent a transformation.

“I really thought my career was going to be me telling students to take notes while I explain everything to them,” he says. “And that just got flipped on its head.” 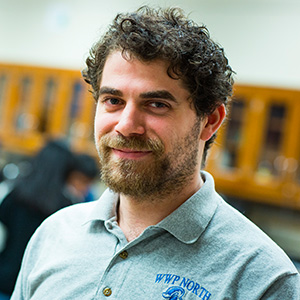 Indeed, Spero’s students at West Windsor-Plainsboro High School North had no time to sit idle during a recent honors physics class. He had them swinging their backpacks in the air to experience circular motion, or spinning a marble to calculate its probable direction. When he wasn’t engaging these student teams with questions and comments, Spero captivated them by donning a raincoat and threatening to drench himself by whirling a bucket of water over his head—but centripetal force prevailed.

“He relates everything to real life,” says Yash Parakh, a junior at the school. “That’s very helpful because now when I see something I know what’s happening in terms of the physics.”

“When you are just drawing the forces, you’re expecting a specific outcome,” she says. “But when you actually feel the forces, you come up with a very different result.”

Growing up in Fanwood, Spero never saw himself as “a science type” until he took a physics course in high school.

“It was the first thing that really challenged me and made me think,” Spero says. “I fell in love with it.”

In fact, he literally couldn’t get away from the subject.

“I’d look at a car and see the wheels turning,” he says. “And suddenly I’m thinking about circular motion, and all these equations and hypotheticals pop into my head.”

At Rutgers, he enrolled in a five-year program for physics education. He did his undergraduate work in the Department of Physics and Astronomy, where he expanded his conceptual grasp of the topic, and graduate work at GSE where he studied pedagogy and began shaping his approach to teaching.

His mentor was Eugenia Etkina, an education professor who oversees the physics teacher preparation program and works closely with the physics department in Arts and Sciences, where she is a member of the graduate faculty.

Rutgers University and Eugenia Etkina were recently recognized by the Physics Teacher Education Coalition for leading the nation in producing highly-trained physics teachers two years in a row,
2016 and 2017.

Etkina has long been a proponent for change in science education, arguing that the acquisition of knowledge alone isn’t enough to develop scientifically literate students.

Working under Etkina, Spero was exposed to the latest research on physics education and began applying his techniques as a student teacher.

“I came out of Rutgers really wanting my students to take ownership of their learning,” he says.

With that mindset he brought bowling balls to one of his first classes on motion. Students responded with enthusiasm, putting the balls on ramps, pushing them by hand, and recording the motion with cell phone cameras and stopwatches.

“I can’t even describe how wonderful it was,” Spero says. “They were being real scientists.”

With New Jersey adopting new science standards, Spero is discovering that the participatory, inquiry-based methods he learned under Etkina at Rutgers are putting him in the vanguard of science educators in the state.

“The new standards are really in line with how I teach,” Spero says. “I can be a resource in my district.”

He looks back fondly at Rutgers, where he was part of the first Arts and Sciences graduating class.

“I liked that I got to know a lot of people from many majors,” he says. “It was nice to be part of a school big enough that I could have all these experiences.” 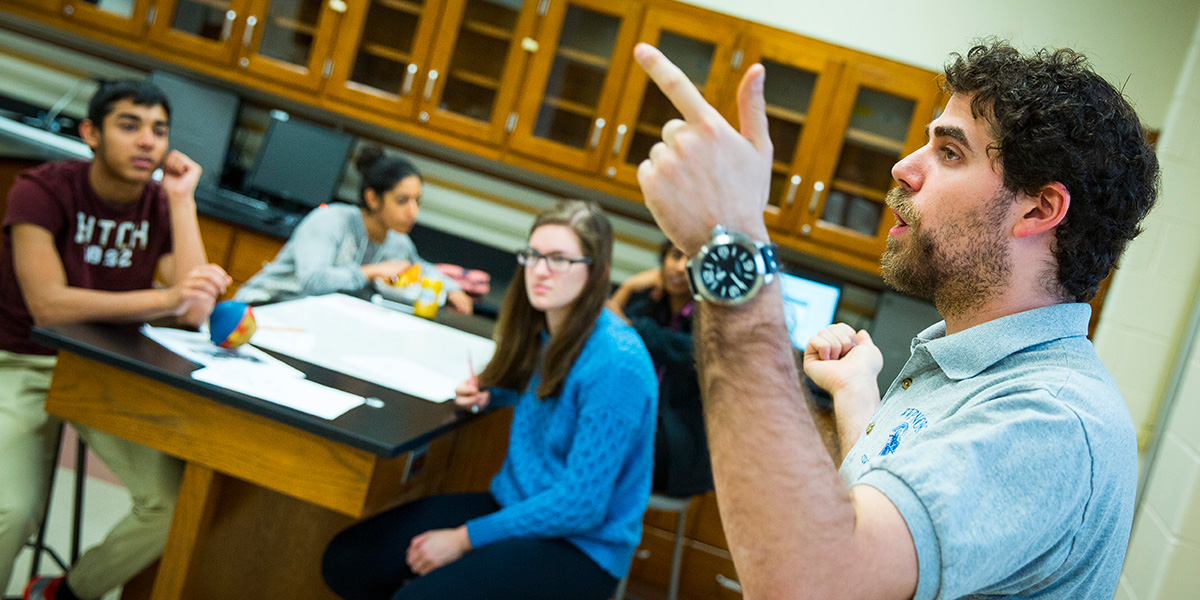 The Physics Teacher Education Coalition (PhysTEC) is a project of the American Physical Society and the American Association of Physics Teachers. PhysTEC receives support from the National Science Foundation and the APS Campaign for the 21st Century.  The 5+ Club is a group of institutions that have graduated five or more highly qualified physics teachers in the last academic year. Rutgers University produced 10 in 2016 and 8 in 2017—all ready to teach physics with buckets, bowling balls, and pedagogical preparation like Tovi Spero, above.