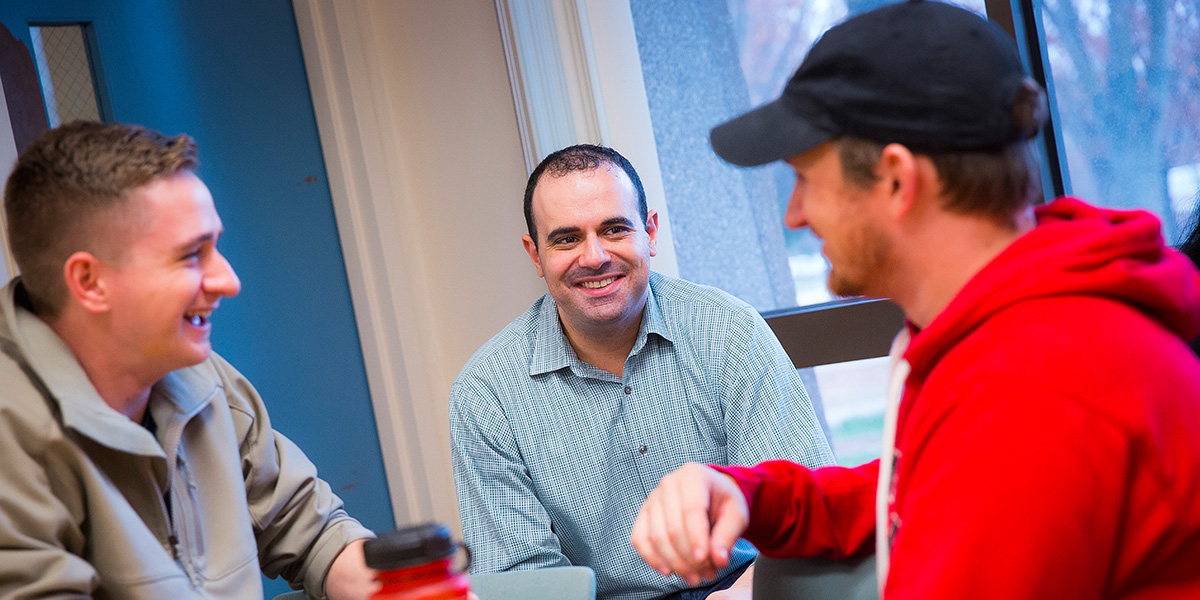 For senior Sheila Kelly there’s no escaping the big question.

“Everyone is asking me: ‘what are you doing next year?’” says Kelly, a geography major in the School of Arts and Sciences. “And the answer is: ‘I don’t know.’”

Although she’s passionate about her field, and committed to pursuing work in environmental protection, Kelly, like countless other students who will graduate this year, is still figuring out her place in a constantly changing job market.

But during her final fall semester, Kelly and other geography students caught a glimpse into the day-to-day working lives of recent Rutgers graduates. And what they saw made them feel reassured, hopeful, and even a bit excited about the future. 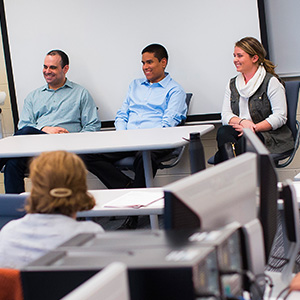 Three graduates visiting campus gave students some good news: They each landed jobs with employers across the economic spectrum, from New Jersey’s largest energy utility to a financial technology firm in lower Manhattan to a non-profit organization that develops data for advertisers.

And all three say their undergraduate work in geography helped them ace the interview and clinch the job.

“My independent study helped me build a personal narrative that distinguished me from other candidates,” says Brian Davidson, a 2009 graduate working as a software engineer for REDI Global Technologies. “It was a little edge that got me more interviews.”

“These folks have begun building careers out of the major,” Leichenko told the audience of mostly juniors and seniors. “They can tell you how they found the job, what they are doing in the job, and what they gained from the major.” 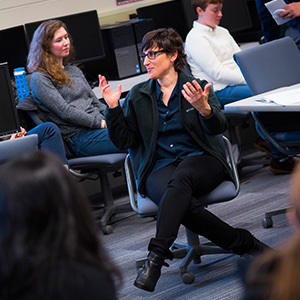 Donatiello said she was able to demonstrate her skills by showing examples of an undergraduate mapping project during a job interview with Public Service Electric and Gas. She was later hired as an asset management analyst, responsible for developing maps of the utility’s vast network.

“I had an example of a trail map I did with [Rutgers cartographer] Michael Siegel,” Donatiello told students. “They were like ‘wow she can really do this.’”

Romero works as a senior geoanalyst at the Traffic Audit Bureau for Media Measurement, which provides a ratings system for out-of-home media, typically found on billboards, buses, and transit shelters. The ratings, like the Nielson Ratings for television, provide essential data for advertisers and advertising agencies seeking the best market for their ads.

Romero said courses in geographic information systems (GIS), economic geography, and data analysis all helped, as did an internship in which he and a classmate designed a map showing how a New Brunswick food pantry could reach more clients.

Recently, his job responsibilities have been evolving, giving him more opportunity to work directly with clients.

“I’m not only talking to clients, I am going to the different billboard companies and asking them how we can make their ratings better,” he says.

Davidson, meanwhile, told students about the challenges of job hunting during the throes of the Great Recession. 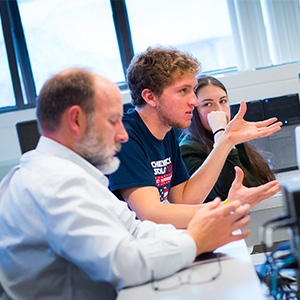 “It was one of the worst job markets in memory,” he told students. “There were no GIS jobs. There was nothing.”

Relying on research and analytical skills he honed as a double major in geography and economics, Davidson landed a job at the U.S. Bureau of Labor Statistics, and reinvented himself as a software engineer.

“The key is to be flexible and open to new challenges,” he says.

The diverse experiences of the alumni resonates with students.

“It’s nice to see how analytical skills can be applied in different ways,” Kelly says. “And it’s great to hear success stories.”

“It showed that you can go in so many directions with geography.”