Regina Belle Shows Graduates How to “Dream in Color” 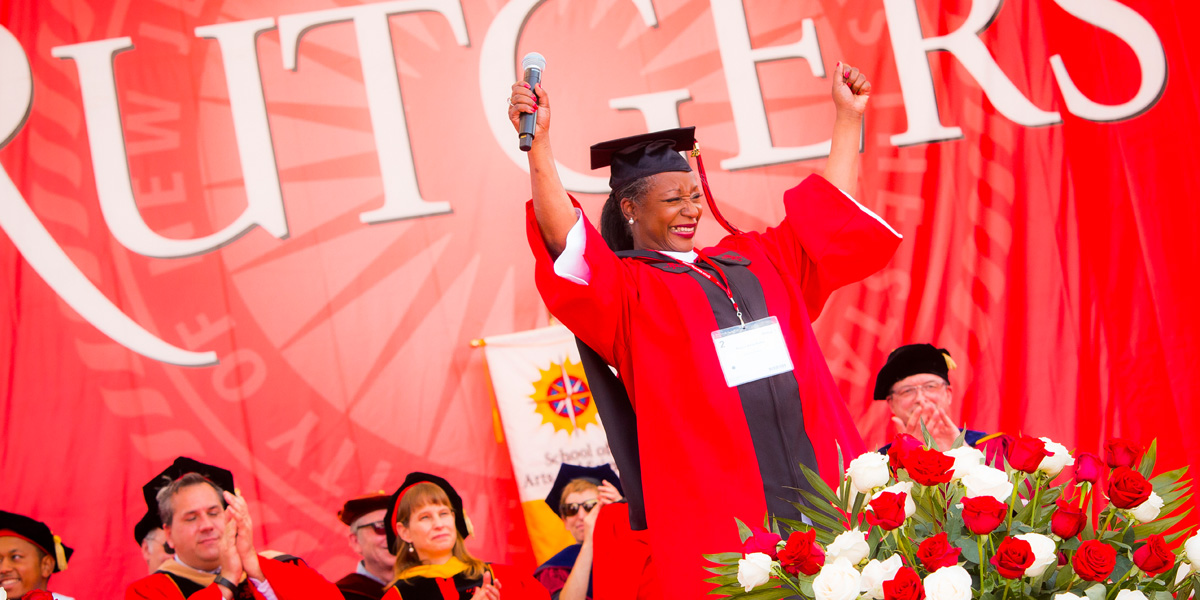 Famed R&B singer Regina Belle returned to Rutgers to receive her degree and give her fellow SAS graduates a lesson in hope and determination. Belle, who attended Rutgers three decades ago, took online courses over the last two years to finish her degree.

On a day when she would twice take the stage at Rutgers Stadium—once to sing, and a second time to be recognized as a graduate of the university—Regina Belle was trying come to terms with it all.

“It’s so amazing. It’s like I don’t have the words to say it,” the 51-year-old Grammy-winning singer said last Sunday morning as she prepared for a long and epic day at the stadium: Rutgers University Commencement followed by the first-ever School of Arts and Sciences (SAS) Convocation.

Several hours later, as she looked out over the thousands of people gathered for the convocation, she knew just what to say.

She thanked her family, friends, and God, and gave a special shout-out to her advisor, SAS assistant dean Betty Spear, who had worked closely with her during the last two years when Belle began taking courses to receive her bachelor’s degree from the School of Arts and Sciences.

She then launched into "Dream in Color," a song about having the courage to live life fully and with integrity. It made for a special moment in an extraordinary day.

The song, as Belle noted earlier, could apply to any young person graduating college and preparing to make their way in the world. 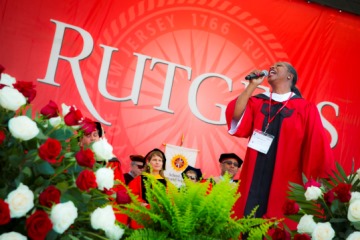 But it’s especially meaningful to Belle, a 51-year-old native of Englewood who attended Rutgers in the early 1980s but left in her senior year to pursue her dream of becoming a professional singer.

Her dream came true: She became a highly successful rhythm and blues singer, winning a Grammy in the early 1990s for "A Whole New World" from the Aladdin movie.

But two years ago Belle set out to earn her degree. She returned to Rutgers, and through online courses earned the 15 credits she needed for her bachelor’s degree in Africana Studies, with a minor in music.

Belle, who now lives in Georgia, said Sunday she felt like she had come full circle. During her return trip to New Jersey, she went to Englewood where she stopped into her favorite pizza parlor and visited a church.

She also went to a relative’s home in Teaneck where she saws a picture of her late grandfather who had always encouraged her to attend college.

See videos, slide shows, and other great content from the historic first-ever SAS Convocation. Go to the convocation homepage.