Regina Belle, famed for song in "Aladdin," will perform at the inaugural School of Arts and Sciences Convocation 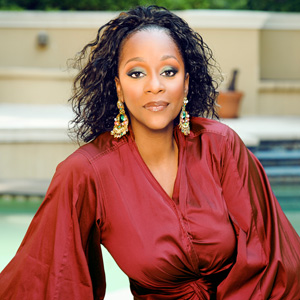 She’s a Grammy Award-winning rhythm and blues singer, renowned for “A Whole New World,” the 1992 smash hit from the Disney film classic Aladdin. She’s also a mother of five, a grandmother, and the wife of a pastor.

But for years Belle felt there was something missing in her life. She attended Rutgers University in the early 1980s before deciding to pursue her dream of becoming a professional singer. She left the university in her senior year, just several courses shy of attaining her bachelor’s degree.

“Music was in my blood, it was what I wanted to do, and it was what I had to do,” says Belle, a 51-year-old native of Englewood, N.J. “But there was always a voice in the back of my head telling me I need to go back and get that diploma.”

Now, nearly three decades and 10 acclaimed albums later, Belle is poised to receive her degree at the May 17 University Commencement at High Point Solutions Stadium. For the last two years she has been taking online courses at the School of Arts and Sciences (SAS), earning the 15 credits she needed for her degree, majoring in Africana studies with a minor in music.

Immediately following commencement, Belle will perform one of her most beloved songs, “Dream in Color,” at the School of Arts and Sciences Convocation, which also takes place in the stadium. The separate convocation, the first ever for SAS, Rutgers’ largest school, will provide individual recognition for its graduates.

“On a day when we celebrate our students, and bear witness to the importance of a liberal arts and sciences education, it’s truly an honor to 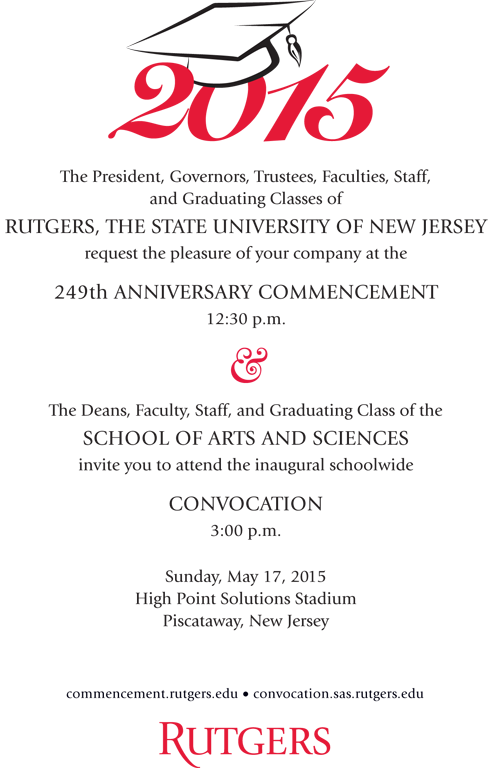 welcome Regina Belle,” SAS Executive Dean Peter March said. “The dedication, persistence, and commitment she has shown is an inspiration to all of us.”

For Belle, earning her degree is just as meaningful as getting the Grammy, which she won for Best Pop Performance by a Duo or Group with Vocal.

“It means as much to me because it connects me to so many other people,” she said. “For me to do this now, it provides an example to other people. They can see that it wasn’t a Grammy that did it. It was just me. And I had to roll up my sleeves, put in the time, and figure this thing out.”

Belle’s mid-life mission to attain her diploma was prompted by a conversation she had with three young women in her church, New Shield of Faith Christian Ministries, an Atlanta congregation led by her husband, John Battle, a Rutgers graduate and former Scarlet Knights and NBA basketball player.

The women, who admired Belle and confided in her about their lives, told her they were having doubts about whether to go to college.

Belle, who is also an ordained minister and served as First Servant of the congregation, said her initial reaction was to lecture them about the importance of a college education.

So Belle proposed a deal.

But she did do it, balancing an active concert and recording schedule as well as her responsibilities to family and church.

And it was no walk in the park.

“There would be times I’d be getting off the plane at 9:30 at night and I’d have rush to the hotel because I’d have to turn in a paper by midnight,” Belle said.

One of the most difficult hurdles was simply dealing with the technology that younger students would find routine, said Elizabeth Spear, an assistant dean at SAS and director of the Office of Seniors, who worked with Belle from the onset to develop an academic plan to earn her degree.

“I can remember receiving a panicked email from Regina because she had to do a PowerPoint assignment for one of her classes, and she never even opened PowerPoint before,” Spear said. "She had challenges that a traditional student wouldn't have."

“Not only did she do it, but she did it very well,” Spear said. “Regina is a remarkable woman.”

Belle, for her part, is pleased to report that the young women in her church are enrolled in public colleges in Georgia.

Meanwhile, as Rutgers graduation day approaches, Belle said the number of her friends and family attending is rapidly multiplying.

“It started off just me, my kids, my husband, my parents, and my management team,” she said.  “Now my great aunts are coming; I have cousins from Alabama who are talking about coming up. One of my fans from my fan page on Facebook got wind of it, she is bringing her son.

“This is huge, this is gigantic, this is my ‘Dream in Color,’ she said. “And every time I think about it I can't help but smile and thank God.”

Learn more about the School of Arts and Sciences 2015 Convocation. Go to the Convocation website.