Documentary to be screened at Rutgers Jewish Film Festival 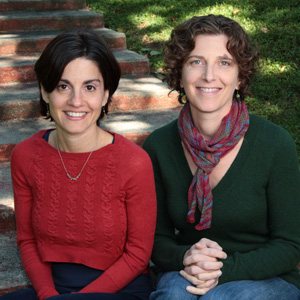 Minutes before Martin Luther King Jr. delivered his “I Have a Dream” speech to the multitudes gathered at the March on Washington, a Newark rabbi took his turn at the podium.

The words that Joachim Prinz spoke that August day in 1963 eloquently connected his experience in Nazi Germany to his commitment to battling racism in America.

“When I was the rabbi of the Jewish community in Berlin under the Hitler regime, I learned many things,” he declared. “The most important thing that I learned under those most tragic circumstances was that bigotry and hatred are not the most urgent problem. The most urgent, the most disgraceful, the most shameful and the most tragic problem is silence.”

Prinz, who died in 1988, lived an epic life that bore witness to both the cataclysm of the Holocaust and the inspirational triumph of the Civil Rights Movement. Now the grand sweep of his life has been captured in a documentary produced and directed by Rachel Pasternak, a Rutgers graduate, and Rachel Fisher.

The film, Joachim Prinz: I Shall Not Be Silent, was shown at the 2014 Rutgers Jewish Film Festival. The festival is sponsored by The Allen and Joan Bildner Center for the Study of Jewish Life, in the School of Arts and Sciences.

The documentary tells the Prinz story and puts it into context for contemporary audiences, employing archival footage and photos as well as interviews with family and friends, scholars such as the late Rutgers Board of Governors Professor Clement Alexander Price, and civil rights leaders like Rep. John Lewis.

Prinz, born in Germany, 1902, was a prominent and dynamic rabbi in Berlin who spoke out publicly and fearlessly against the Nazis, urging Jews to leave Germany. He was arrested several times before being expelled in 1937.

“He was to us, what nowadays would be a rock star,” says a woman interviewed in the film who knew Prinz in 1933. 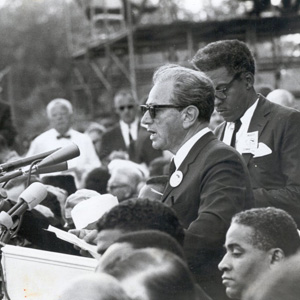 Among the congregants on hand that night was Pasternak’s grandfather, who was chairman of the lecture series that sponsored King’s visit and he later drove King back to New York City afterward.

“I’ve been hearing that story my whole life,” said Pasternak, a South Orange native and 1990 graduate of Douglass College. “Rabbi Prinz was very charismatic and had this ability to approach people of different faiths and different ethnicities as a committed Jew and use that to build bridges.”

A communications student at Rutgers, Pasternak learned more about Prinz’s life while doing graduate work at the Jewish Theological Seminary. She discovered his unpublished memoirs in the basement of his daughter’s home while considering a research topic for her graduate work.

“I read his memoirs, and I thought ‘oh my goodness, I have to share his story,’” she said.
“There are so many aspects of his life that are moving: His deep love for his family and country, and his willingness to put aside any fears 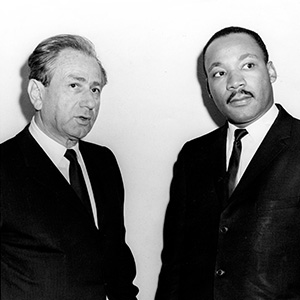 After receiving her master’s degree in Jewish studies, Pasternak worked in journalism as well as in communications and marketing.

“I was doing writing and editing but all along I had this dream of using my skills to share the story of Rabbi Prinz,” she said.

That dream became a reality after Pasternak was introduced to Rachel Fisher, whom she initially collaborated with on a short documentary, Remembering Oswiecim, focused on the Polish town that became infamous as the site of the Auschwitz concentration camp. The two then tackled the Prinz documentary.

“Rachel and I are both storytellers, we both had done oral history work, and we just worked really well together,” Pasternak said.

The film debuted last year at the New Jersey Performing Arts Center, drawing a capacity crowd that included Prinz’s children. The documentary has been an official selection at film festivals including Toronto, Jerusalem, and Berlin.

Pasternak says she’s thrilled that the screening at the Rutgers festival may introduce Prinz to a new generation of students.

“He’s still a shining example,” she said. “One of the things that made him a hero was that he wasn’t worried whether people agreed with him. He just knew what he felt was the right thing to do.”