Arts and Sciences faculty and students honored for teaching, research, and service to the community 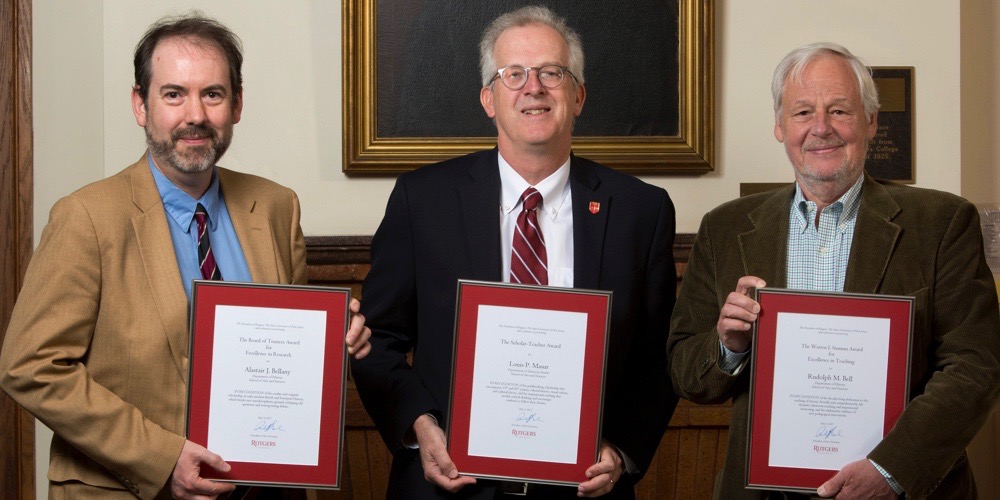 Members of the university community were honored for excellence in teaching, research, and service at a ceremony hosted by President Robert L. Barchi and the Committee to Advance Our Common Purposes, an initiative of the Office of the Senior Vice President for Academic Affairs, presented the Clement A. Price Human Dignity Awards.

See below all the awards earned by Arts and Sciences.

The Warren I. Susman Awards for Excellence in Teaching is awarded to faculty members in recognition of outstanding service in stimulating and guiding the intellectual development of students at Rutgers University. 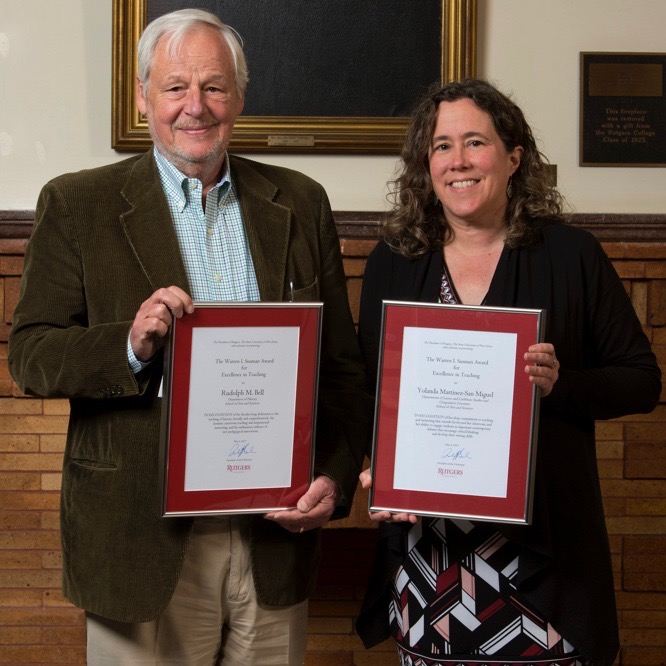 Rudolph M. Bell, Department of History, was honored in recognition of his decades-long dedication to the teaching of history, broadly and comprehensively, his dynamic classroom teaching and inspirational mentoring, and his enthusiastic embrace of new pedagogical innovations.

Yolanda Martínez-San Miguel, Departments of Latino and Caribbean Studies and Comparative Literature, was honored in recognition of her deep commitment to teaching and mentoring that extends far beyond her classroom, and her ability to engage students in important contemporary debates that encourage critical thinking and develop their writing skills.

The Rutgers Board of Trustees Award for Excellence in Research honors faculty members who have made distinguished research contributions to their discipline or society. 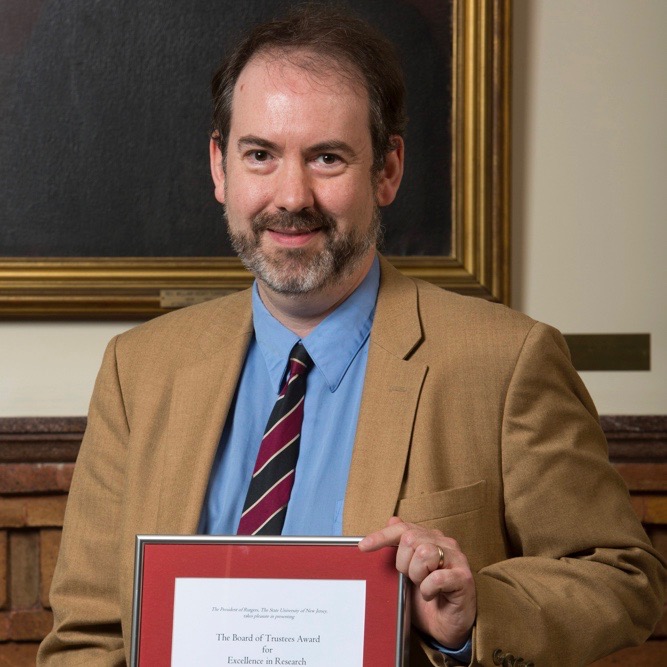 The Rutgers Faculty Scholar-Teacher Award honors faculty members who have made outstanding contributions in research and teaching. The award recognizes those who bring together scholarly and classroom activities. 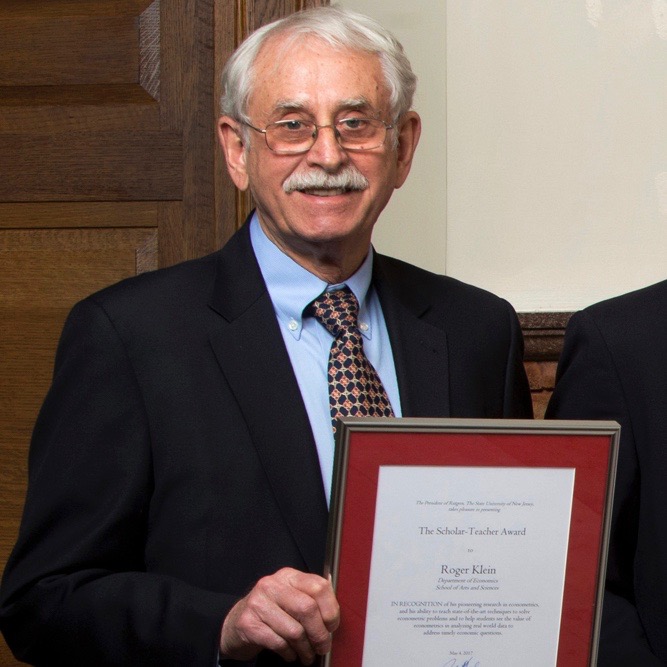 Roger Klein, Department of Economics, was honored in recognition of his pioneering research in econometrics, and his ability to teach state-of-the-art techniques to solve econometric problems and to help students see the value of econometrics in analyzing real world data to address timely economic questions. 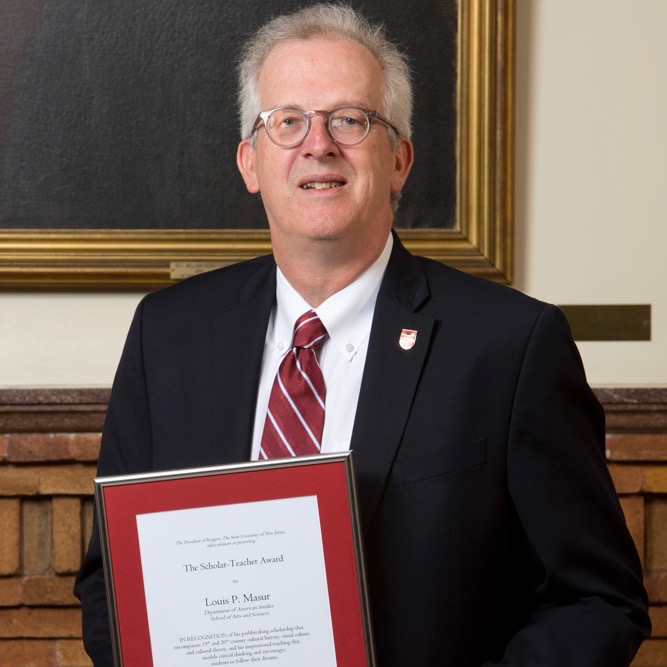 Louis P. Masur, Department of American Studies, was honored in recognition of his pathbreaking scholarship that encompasses 19th and 20th century cultural history, visual culture, and cultural theory, and his inspirational teaching that models critical thinking and encourages students to follow their dreams.

The Board of Trustees Research Fellowships for Scholarly Excellence honors faculty members who have recently been promoted with tenure and whose work shows exceptional promise. 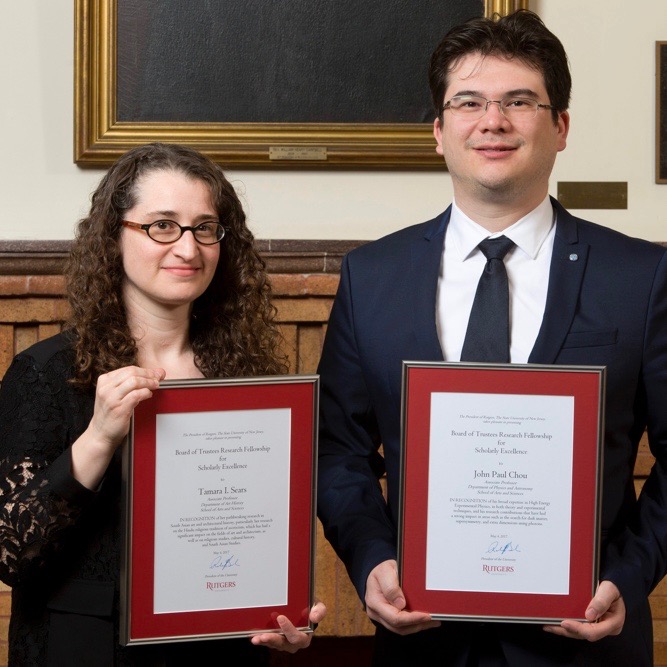 John Paul Chou, Department of Physics and Astronomy, was honored in recognition of his broad expertise in High Energy Experimental Physics, in both theory and experimental techniques, and his research contributions that have had a strong impact in areas such as the search for dark matter, supersymmetry, and extra dimensions using photons.

Tamara I. Sears, Department of Art History, was honored in recognition of her pathbreaking research in South Asian art and architectural history, particularly her research on the Hindu religious tradition of asceticism, which has had a significant impact on the fields of art and architecture, as well as on religious studies, cultural history, and South Asian Studies. 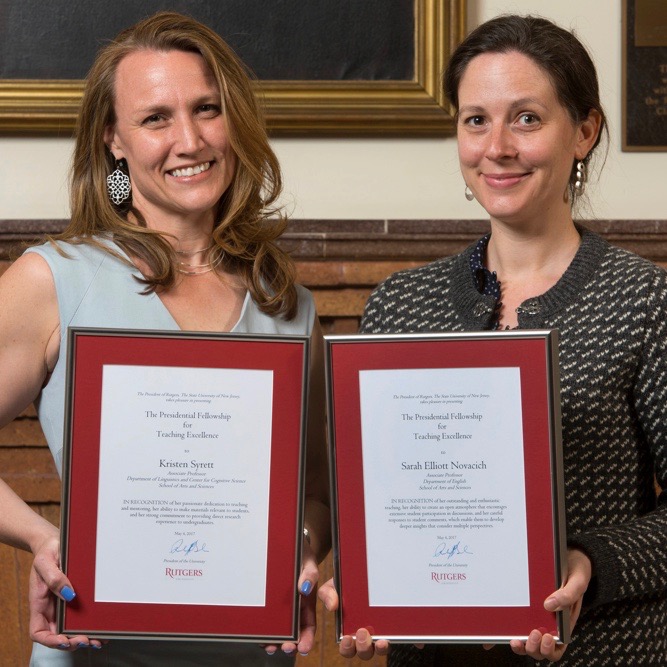 Sarah Elliott Novacich, Department of English, was honored in recognition of her outstanding and enthusiastic teaching, her ability to create an open atmosphere that encourages extensive student participation in discussions, and her careful responses to student comments, which enable them to develop deeper insights that consider multiple perspectives.

Kristen Syrett, Department of Linguistics and Center for Cognitive Science, was honored in recognition of of her passionate dedication to teaching and mentoring, her ability to make materials relevant to students, and her strong commitment to providing direct research experience to undergraduates.

The Presidential Award for Excellence in Teaching 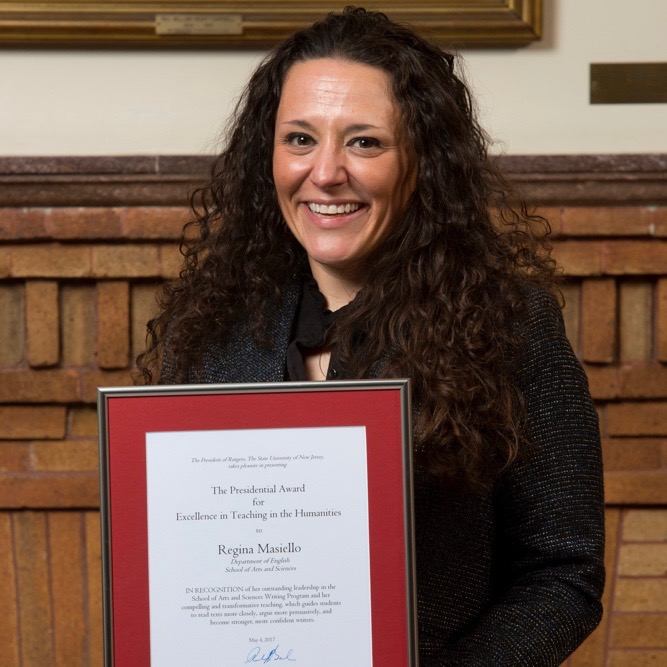 Regina Masiello, Department of English, was honored in recognition of her outstanding leadership in the School of Arts and Sciences Writing Program and her compelling and transformative teaching, which guides students to read texts more closely, argue more persuasively, and become stronger, more confident writers.

The Clement A. Price Human Dignity Award recognizes outstanding individuals or groups that have demonstrated extraordinary achievement and commitment to promoting and practicing diversity and inclusion at Rutgers University and/or in partnership with the broader community. 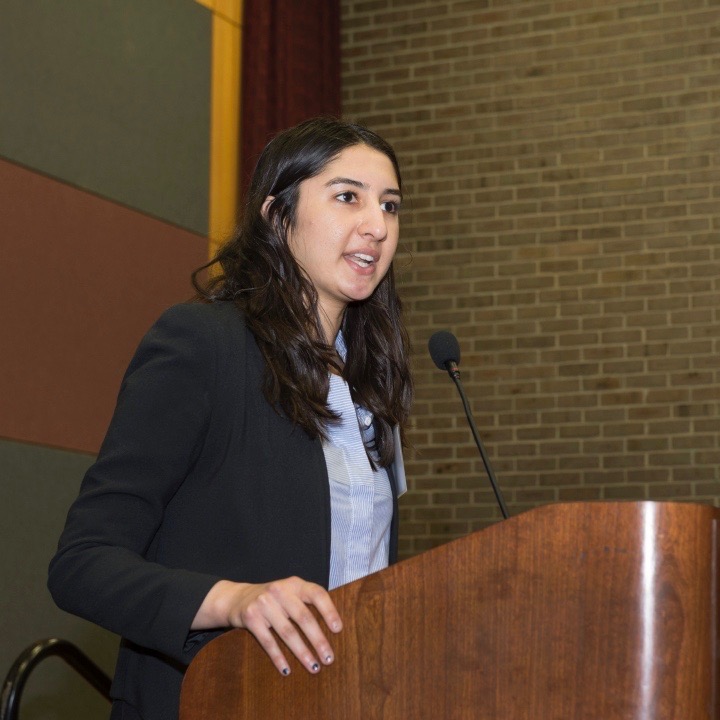 Sahar Akbarzai, Major, Political Science, Class of 2018, in recognition for distinguished leadership as founder and president of Global Allies, a student organization dedicated to raising awareness of the plight of global refugees; and for assisting students in other universities to launch branches of the organization. 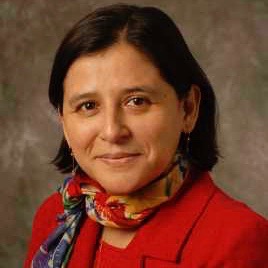 Liliana Sánchez, Department of Spanish and Portuguese, in recognition for advancing the boundaries in the study of Spanish-English and Quechua bilingualism, language learning, and pedagogy; and for championing Heritage Language Rights as a vehicle for inclusivity, and advocating for world languages as critical to social cohesion and human rights. 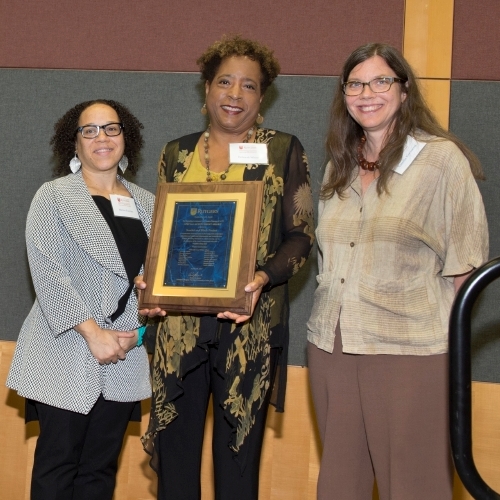 A collaborative research project on the study of the university’s early history of slavery and dispossession which chronicles how Rutgers founding was based on a slave economy and its displacement of the Lenni Lenape people who once occupied college land.

The Rutgers College Class of 1962 Presidential Public Service Award honors members of the faculty, student body, or staff for volunteer service to government, professional and scholarly organizations, or the public.

Rutgers University Dance Marathon, in recognition of the Rutgers University Dance Marathon’s extensive and sustained contributions to public service, as demonstrated by its members’ deep commitment to the Embrace Kids Foundation, which provides for the non-medical needs of patients with pediatric cancers and blood disorders; by fostering relationships between Rutgers student clubs, organizations, and Greek chapters and the patients and their families in the RU4Kids program; and by focusing attention on these cancers and blood disorders and providing significant funding through the highly successful annual dance marathon, which has raised more than $6.8 million over the years to help families through this very difficult time.