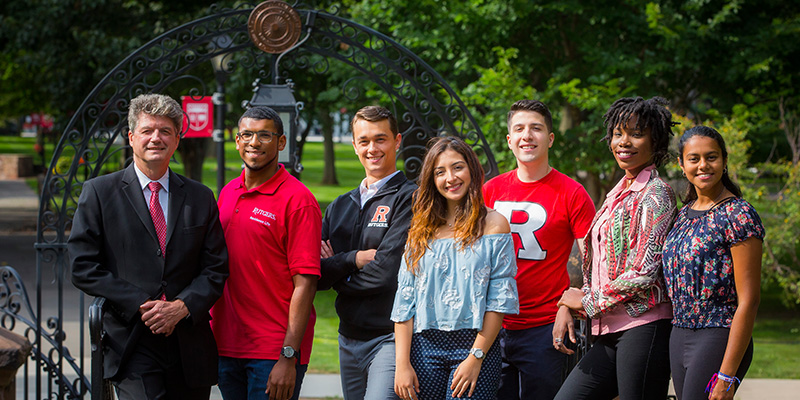 In the interview below, Executive Dean Peter March reflects on the School’s development over the last decade and its plans for the next 10 years.

Q: The School of Arts and Sciences is often described as the oldest and the newest school at Rutgers. What happened 10 years ago that this anniversary commemorates?

A: In 2006, Rutgers adopted the Transformation of Undergraduate Education, the formal act creating the School of Arts and Sciences from the union of the four undergraduate colleges, Rutgers, Douglass, Livingston, and University. So, the following fall of 2007 was the first time students were admitted into this new school.

Q: How big a change was the Transformation of Undergraduate Education in the scope of Rutgers history, which goes back 251 years, and includes many changes in structure, leadership, and organization?

A: It was a major, historic change, and we’re still feeling the impact. Undergraduate education at Rutgers was traditionally handled through a confederation of quasi-autonomous colleges. Now it’s strongly organized around the academic disciplines, like most of our peer schools in the Big Ten and the majority of public research universities. It leaves us in very good company, and well-equipped to achieve excellence in the School’s departments, programs, and core curriculum.

Q: How does that structure help support and strengthen the liberal arts?

A: Each college had its own institutional culture, values, and unique strengths. I’m speaking, for example, of the sense of innovation at Livingston; the historic and pioneering role played by Douglass; the colonial heritage of Rutgers College, and the expansion of access by University College. We’ve worked to integrate these legacies into a single vision for the new school.

Meanwhile, we’ve harmonized our core strengths, which are teaching, research, and service. A strong sense of connection and overlap between all three is now embedded in the school’s structure, providing opportunities for students at all levels, from undergraduates to post-docs.

One of the hallmarks of the historic colleges was the access that students had to top scholars, including our most renowned research professors. That remains a central value of the School of Arts and Sciences. There’s constant interaction between undergraduates and faculty, and that’s a testament to the dedication that our faculty have to their students.

Q: The School of Arts and Sciences is now the largest school at Rutgers. What do you see as its role in the greater Rutgers community as well as in the world at large?

A: I see it as a leadership role. The School of Arts and Sciences now speaks as the central core of liberal arts at Rutgers, and is building relationships with law, business, and engineering as well as other schools that are beneficial to students in both settings and will lead to innovation in teaching and research. We are also expanding our impact in the world by developing partnerships with Rutgers Biomedical and Health Sciences and organizations in the public and private sectors.

The School of Arts and Sciences is a public trust that can contribute to the world in many ways, from research and service projects to the education of deeply engaged, intellectually curious citizens. We see our leadership as an obligation to work for the greater good—at Rutgers, and in the world.

Q: What’s next for the School of Arts and Sciences?

A: We continue on our path of tradition and innovation, but now we’re turning outward and telling the world who we are. We developed our strategic plan, Excellence, Opportunity, Leadership, which set forth our mission, values, and priorities.

We are also starting to use the scale and complexity of our school to our advantage. There’s a lot of exciting developments from new facilities like the College Avenue academic building and the chemistry building to new programs in big data, genetic counseling, and public history. We have a new career explorations initiative that connects students to successful alumni and helps them reflect and think through key life questions to determine their future.

So essentially we are embracing our history and looking forward. I think we are in a very good place right now. The goal of the School has always been to be the best liberal arts institution in the nation. I would express that goal in terms of our alumni: There are 200,000 Rutgers liberal arts alumni, the vast majority of whom attended the historic colleges. We at Arts and Sciences want to be the focal point of their pride in Rutgers so that when they look at SAS, they see the strengths, values, and commitment of their own alma maters.