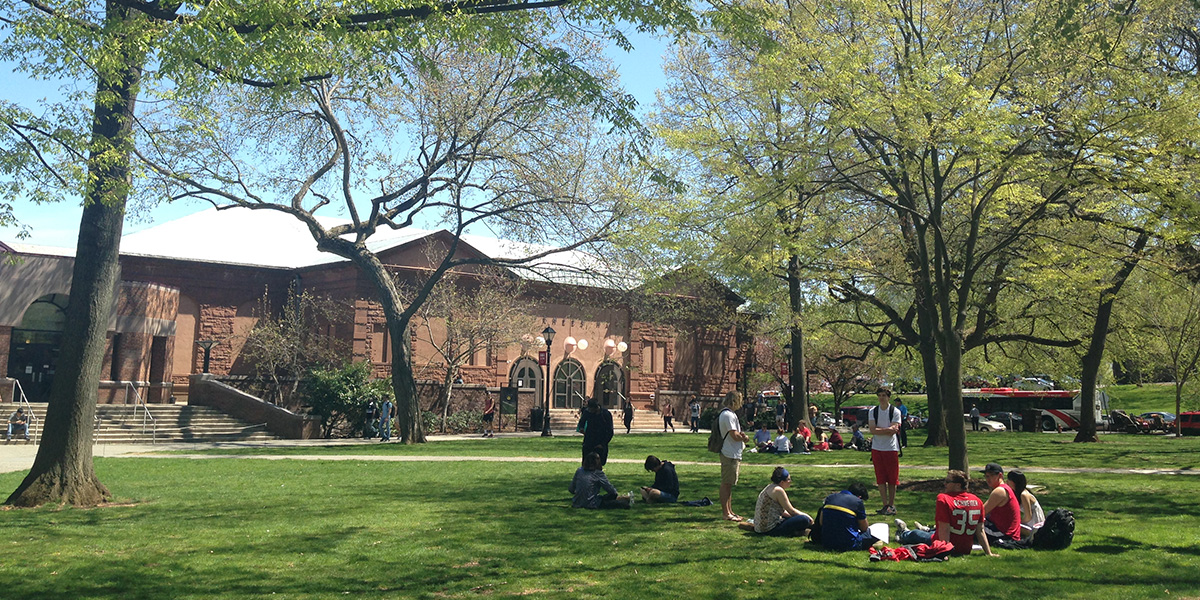 The School of Arts and Sciences, Rutgers University’s largest and most comprehensive school, has published a strategic plan to guide its direction over the next four years.

The 24-page plan titled “Excellence, Opportunity, Leadership” has been in the works for more than a year and provides a detailed look inside the school that has been described as Rutgers’ oldest and newest.

Below, Executive Dean Peter March gives a broad overview of the document, explaining how the plan was developed, what audiences it intends to reach, and how the plan will inform day-to-day decision making at the School. 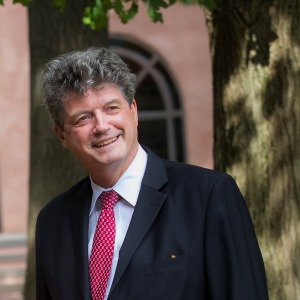 Q: Why is the School of Arts and Sciences putting forth a strategic plan at this time?

A: There are two reasons. First, Rutgers University has gone through a period of significant change and has conducted its own strategic planning that resulted in the University plan in 2014, followed by the Rutgers University–New Brunswick plan in 2015. Now it’s time for the schools to develop plans that will guide their direction over the next few years.

Secondly, undergraduate education at Rutgers has itself also gone through massive changes. It was only 10 years ago that the School of Arts and Sciences was created from the union of Rutgers, Livingston, Douglass, and University colleges. It’s really an appropriate time to step back and rearticulate our vision, mission, and goals, and memorialize them in the form of a strategic plan.

Q: Can you identify the key audiences you want to reach with this plan?

A: There are three principal audiences. The first is the School of Arts and Sciences community itself. Because the school is relatively new, it’s important we arrive at a common understanding of our shared history, values, and vision. The second audience is Rutgers University in its entirety. We felt it was important to communicate to our Rutgers colleagues and to create an awareness of our identity, centrality, and excellence.

Finally, it’s most important to have a document that reaches out to and connects with our alumni. We have nearly 200,000 living alumni, though the vast majority graduated from one of the four colleges. On an intellectual level they understand that Arts and Sciences is the descendant of their college. But we want to insure that the pride and sense of attachment they feel for their former college extend to the school. This is a home for them, and one to be proud of.

Q: Why did you decide to call the plan Excellence Opportunity and Leadership?

A: Achieving excellence is part of the DNA at Rutgers and we wanted to make it explicit: Excellence in research, teaching, and service. It’s non-negotiable. You just have to have it.

Opportunity can be understood on many levels. A Rutgers undergraduate degree creates opportunity for students. Think of the roughly one-third of our students who are first-generation college students. We’re also talking about opportunity on the level of research and scholarship: A new discovery in the lab; a cache of papers found in an archive. We want to always be in a position to seize opportunities and push the frontiers of knowledge. Then there’s the understanding of opportunity as an institutional responsibility. As part of a public university, we have a responsibility to create opportunity for the communities in which we reside, and also for the state, which supports us.

The leadership piece comes from thinking about our alumni, from the novelist Junot Diaz to Ford CEO Mark Fields to Ebola fighter Ella Watson-Stryker. These are people who have made amazing achievements in very different sectors of society. In addition to celebrating their accomplishments as individuals, we wanted to emphasize the fact that developing future leaders—people who change the world, redefine their field, or simply make their community a better place—is part of our mission.

We aspire be the leadership school for Rutgers, from our everyday business practices to our ability to provide the highest quality undergraduate education to Rutgers University–New Brunswick students to our ability to be present in the world and make a positive impact with our teaching, research, and service. 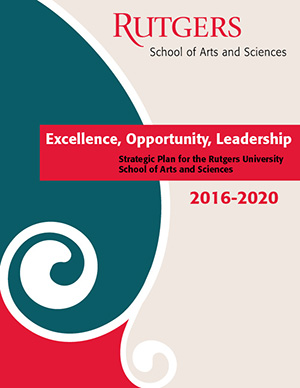 Q: Can you describe the strategic planning process? How long did it take, and who was involved?

A:  In the first  phase, the School deans worked closely with the executive committee, which consists of eight sitting chairs, to think very deeply about our audience, message, style, and format. That took about six months.

In the active phase we engaged a much broader group of faculty and staff. We organized task forces charged with exploring specific issues and areas— such as undergraduate education, faculty excellence and infrastructure—and producing concise reports. Then we gathered everyone at a retreat where we found the common threads running through these reports, which led to the formation of the first draft. The draft was shared with departments and senior staff, leading to more revisions, then a town hall discussion, which led to a final revision. There were probably hundreds of faculty and staff involved in the formation of the plan.

Q: How will the plan inform the School’s decision-making over the next several years?

A: This document represents our common understanding of our mission and vision. And it identifies specific areas where we need to lay particularly strong emphasis. The departments, programs, and units within the school propose investments on an annual basis. The strategic plan gives them a framework in which to advocate for investment, and then on the flip side, it gives me a framework to adjudicate those requests and prioritize them. So, the plan guides the annual cycle of investments that drive us forward and enables the School to achieve its goals.