Meet Peter March, new Executive Dean of the School of Arts and Sciences 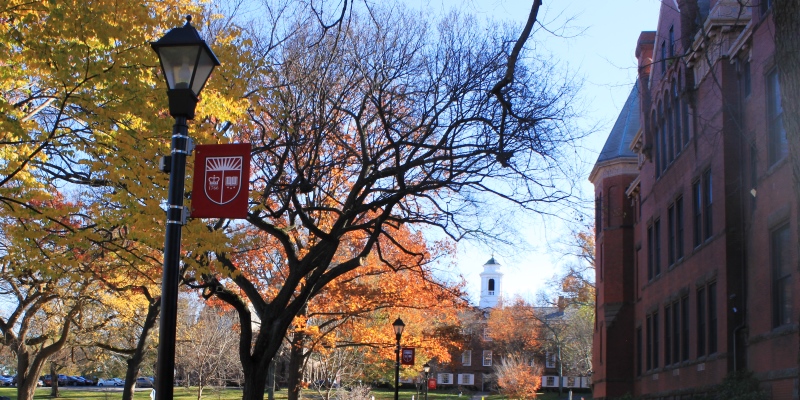 "People have been very welcoming, as well as very candid and forthright about the successes we've had and the challenges we face. And that's very refreshing."

Peter March, a mathematician with 16 years of experience as an academic administrator at The Ohio State University, took over July 1, 2014, as executive dean of the School of Arts and Sciences (SAS). March takes the helm of Rutgers' largest school at a time of change for the university. In the interview below, he discusses his plans for SAS and shares his views on the role of the liberal arts and sciences, both in the new Rutgers and in a world being rapidly reshaped by technology. 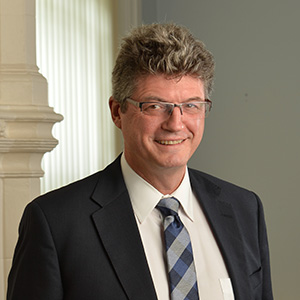 Q: You've been at Rutgers for two months, how is it going so far?

A: It's going great. I call this my discovery phase. I'm on the ground, going to different campuses, learning the physical layout of Rutgers. But most of all I'm getting to know the people: the academic leadership, the individual faculty and staff members. The real day-to-day work of the university is done out there in the departments and I want to have good fingertip knowledge of the operation.

Q: You had a long, successful career at The Ohio State University in which you served in several leadership roles. What drew you to Rutgers?

A: Rutgers has a fabulous reputation, so coming here was really attractive. The location in New Jersey carries enormous potential for public/private partnerships, which, in this era of tight budgets, are essential for state universities to cultivate.

I would add that the tremendous amount of change happening at Rutgers - the emergence of Rutgers Biomedical and Health Sciences (RBHS) being one major example, and the university strategic plan being another - was also very attractive to me. The potential to make Rutgers even better than it is, and the opportunity to play a role in that change, is exciting.

Q: Are there specific areas you want to work on at SAS in your first year?

A: There are two things I want to focus on, and they are reflected in the strategic plan: building a world class faculty and transforming the student experience. One initiative down the road is to increase the number of undergraduate majors that we offer. There is a huge potential for growth, and the opportunity to attract students who might not otherwise come.

Q: What would be examples of additional majors?

A: Before going there, I think it's important to emphasize that the mission of Arts and Sciences is to provide a high quality, comprehensive education in the liberal arts and sciences. That doesn't change. But the world is changing very rapidly, and I think what we can do is to offer academic experiences, perhaps in partnership with other Rutgers schools, that are fitted toward emerging employment markets in New Jersey and the northeast.

For example, one of the features of the world we live in now is this superabundance of data, which is affecting every field, from retail to media to biomedical. This has created a need for people with two skill sets that historically have been thought of as distinct: The technical skills needed to interpret the data and the ability to work collaboratively in a business setting where you're communicating ideas and working on solutions.

That's just one example, but it's a very natural employment market for SAS to think about. The point here is that SAS has the intellectual capital to take a common academic core and shape it toward various employment markets.

A: I think we're living in a time when the core values of the arts and sciences really show their worth. This type of classical education is actually most valuable in a world that's changing rapidly because it provides students with the fundamental skills, habits of mind, and discipline that they need in order to adapt, grow, and prosper throughout their lives and careers.

At Arts and Sciences, for example, we're interested in developing partnerships with RBHS. There are obvious connections such as biology, chemistry and physics. But the biomedical world is also changing, and there are now possibilities beyond the science that's directed toward understanding disease mechanisms and treatment. There are also patterns of human behavior, ethical and philosophical concerns, and sociological issues. And those call to mind other SAS departments such as philosophy, psychology, sociology, and anthropology.

Q: Humanities is a very important part of Arts and Sciences, yet hardly a day goes by without a story in the media questioning the future of humanities. What is your feeling on this situation?

A: The Great Recession was shocking to everyone, and as a result, there are students and parents who are quite properly concerned about having successful careers after graduation. But I think as the economy improves, we'll see the pendulum swing back as people rediscover the deep value of understanding our culture, our literature, the languages, and art history, just to name a few. One thing that SAS can do is to better communicate the career potential of a humanities education. There are 200,000 living alumni of SAS, and you see people from all walks of life with distinguished careers in fields ranging from business to law to diplomacy and who had a classical humanities education. We need to tell their stories.

Q: On a lighter note, Rutgers will play Ohio State on October 18. Which team will you be rooting for?

A: Rutgers of course! I'm looking forward to cheering on the Scarlet Knights as they join the Big Ten.