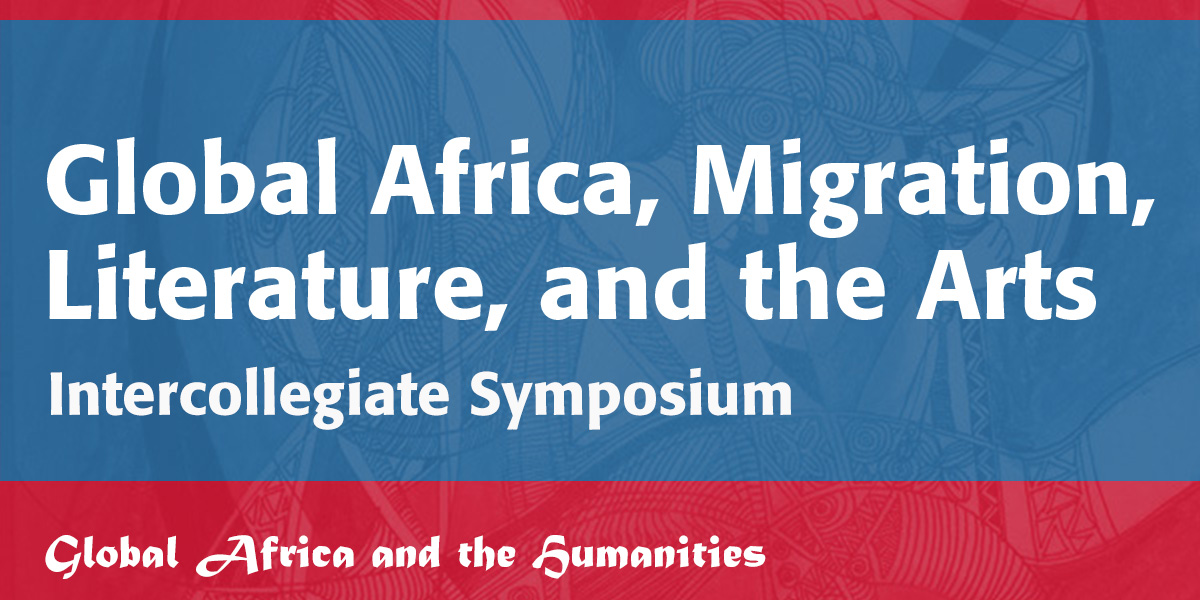 With topics that range from the smash film Black Panther to the rise of underground hip-hop in Nairobi, a Rutgers University symposium on March 28 and 29 brought Global Africa to campus in a wide array of panel discussions, film screenings, and performances. 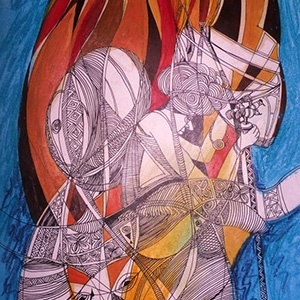 The symposium, Global Africa, Migration, Literature and the Arts, was organized by two School of Arts and Sciences humanities professors, Ousseina D. Alidou and Renée Larrier, who set out to create a lively, eclectic, and scholarly showcase of the ways in which Africans and people of African descent stand at the center of world cultural, intellectual, and artistic currents.

“We wanted to have a conversation on a large scale about Africa in the world and have it channeled through the humanities,” says Alidou, of the department of African Middle Eastern and South Asian Languages and Literature (AMESALL). “Whether one is on the continent or in the United States or the Middle East or Australia, we want to understand Africa’s particular contribution in many fields and endeavors.”

The symposium stretched beyond conventional boundaries of the humanities to include topics such as farming and food production, which will involve faculty from the School of Environmental and Biological Sciences (SEBS) and Rutgers Business School. On March 30, following the close of the formal symposium, the organizers held a K-12 teacher workshop on “Teaching Global Africa through its Foodways: From the Farm to the Table.”

Rutgers has long been a leader in the study and teaching of Africa. The faculty includes more than 80 scholars with expertise ranging from anthropology to literature to linguistics to social and cultural history. Departments such as AMESALL offer courses in African languages such as Akan, or Twi, as well as Swahili. The university’s Center for African Studies, a key partner in the symposium, recently celebrated its 20th anniversary.

The symposium covered an expansive array of topics, everything from hip hop music to new African diaspora artists to a discussion about the cajon, a percussion instrument developed by Afro-Peruvian slaves and which has influenced Afro-Latino music and flamenco.

The keynote speaker was Manthia Diawara a Malian filmmaker and scholar whose movie, An Opera of the World, described as a meditation on the refugee crisis, was screened on the evening of the 28th.

The topic of one panel discussion—“Critical Blackness and the Wakanda Imaginary”—was inspired by the Black Panther film which featured a fictional African country of Wakanda, an isolated yet technologically advanced society.

“Marvel Studios’ film Black Panther is getting a great deal of buzz among academics—both in the US and in Africa—for rekindling optimism around continent-diaspora relations,” writes Jonathon Repinecz, a professor at George Mason University, and one of the panelists.

Another panelist, andré carrington, a professor at Harvard University, explored how “black authors and audiences renegotiate relations of exploitation (in) “”comics, cinema, and media criticism.”

Meanwhile, a panel on “Hip Hop Cultures and Sonic Agency” focused on how hip hop music is taking hold in Africa.

The symposium included a powerful reading by the South African writer Sisonke Msimang of her acclaimed book, Always Mother Country: a Memoir of Exile and Home.

"Here we stand today in a South Africa that is free, but not just," Msimang says. "For me that is perhaps the most difficult fact of all to accept."

And on Friday night the program concluded with performances of poetry, music and dance by students and faculty.

The workshop for teachers was led by Albert Ayeni, a plant biologist and specialty crops expert at SEBS, provided insight into the role of food in African life. Ayeni, whose father was a subsistence farmer in Nigeria, says there is a reverence and respect for healthy food that is deeply ingrained in the life of the African community.

“We know that if a child does not have access to good food, they will not develop properly and will not contribute to society,” he says. “The community considers it a responsibility to ensure there is access to good food for a healthy and productive life. That is how Africa looks at it.”

The workshop was supported by the Department of Plant Biology.

For Alidou, the focus on food, as well as a presentation on entrepreneurship focusing on African immigrants in New Jersey, are welcome, and essential additions to the overall theme of Global Africa.

“We want the humanities to be understood through intercollegiate and interdisciplinary conversation,” she says.

The organizers of the symposium express gratitude to SEBS professors, Albert Ayeni  and Jim Simon, as well as Rutgers Business School professors Kevin Lyons and Mark Robson, all of whom are members of the Center for African Studies. Thanks also go out to Donna Gustafson, Curator of American Art and the Mellon Director for Academic Programs at the Zimmerli Art Museum.  Special appreciation to SAS Executive Vice Dean James Masschaele and  and Humanities Dean Michelle Stephens, as well as Center for African Studies Director Genese Sodikoff.