Scarlet Speakers: The Ballast of Freedom: A Historian’s Approach to the Public Square

"The Ballast of Freedom: A Historian’s Approach to the Public Square" with Jelani Cobb, PhD, GSNB`03 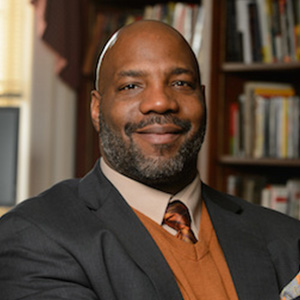 Jelani Cobb, professor of journalism at Columbia University and staff writer at The New Yorker, writes frequently about race, politics, history, and culture. He received the 2017 Walter Bernstein Award from the Writer’s Guild of America for his investigative series Policing the Police, which aired on PBS Frontline in 2016. Dr. Cobb also received the 2015 Sidney Hillman Prize for Opinion and Analysis Journalism, for his columns on race, the police, and injustice, and is a finalist for the 2018 Pulitzer Prize for Commentary. A graduate of Howard University, he received his doctorate in American history from Rutgers University.

RSVP by June 12:
Click Here to RSVP
Space is limited.