Michael Brodman, MD, is the System Chair of Obstetrics, Gynecology and Reproductive Science and Senior Vice President of Patient Safety within the Mount Sinai Health System. He received his medical degree from the Mount Sinai Hospital at the Icahn School of Medicine at Mount Sinai in 1982. He attained his Masters of Science in Bio Medicine from the University of South Carolina in 1977. He is a 1975 Rutgers graduate with a Bachelor’s of Science in Bioelectrical Engineering.

Dr Brodman has gained national recognition as a physician/educator in the field of Obstetrics and Gynecology. He is nationally recognized as a leader and pioneer in the subspecialty of female pelvic medicine and reconstructive surgery. He became Chairman of Obstetrics, Gynecology and Reproductive Science at Mount Sinai Hospital in 2003 and became the System Chairman in 2014. He oversees the department which encompasses seven Mount Sinai Hospitals and directs 400 plus doctors who treat 14,000 patients each year. 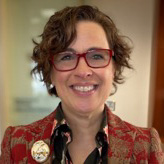 Mikit Patel is an Administrative Manager in the Department of Pathology, Molecular & Cell-Based Medicine at the Icahn School of Medicine at Mount Sinai. In this role, he is responsible for various administrative functions of the many clinical and research laboratories within Pathology. He graduated from the Rutgers School of Arts and Sciences in May 2013, with a BS in Applied Kinesiology and Exercise Science. Prior to joining Mount Sinai in 2018, Mikit worked in private practice physical therapy and completed a Masters in Healthcare Administration from Hofstra University. LinkedIn: https://www.linkedin.com/in/pmikit/