Constitutional Powers of the President in Times of Emergency 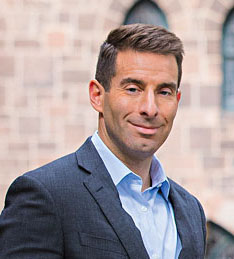 Elie Honig is a CNN Legal Analyst who previously worked for 14 years as a federal and state prosecutor. Honig provides commentary and analysis for CNN on air and in print on breaking news relating to criminal justice, national security and other legal issues, including a weekly column and on-air segment “Cross-Exam with Elie Honig.” Honig also has appeared on MSNBC, Fox News, BBC, PBS and Bloomberg, and he is quoted regularly in the New York Times, Washington Post, Wall Street Journal, Newsweek, Time, The Atlantic, The Guardian, Financial Times, The Hill, Bloomberg, Business Insider and other outlets.

Honig worked from 2004 to 2012 as an Assistant United States Attorney for the Southern District of New York, prosecuting and trying federal cases involving organized crime, human trafficking, public corruption, and violent crime. Honig successfully prosecuted over 100 members and associates of La Cosa Nostra, including Bosses and other high-ranking members of the Gambino and Genovese Organized Crime Families. As an Assistant United States Attorney, Honig tried 15 cases to jury verdict, and argued over 20 cases in the Second Circuit Court of Appeals.

Honig served as Deputy Director, and then Director, of the New Jersey Division of Criminal Justice from 2012 through 2018. While Director, Honig oversaw a staff of over 500 law enforcement professionals and approximately 1,000 cases per year.

Honig currently is Executive Director of the Rutgers Institute for Secure Communities and Special Counsel to the law firm Lowenstein Sandler, LLC.

Honig graduated from Rutgers College in 1997, and Harvard Law School in 2000.