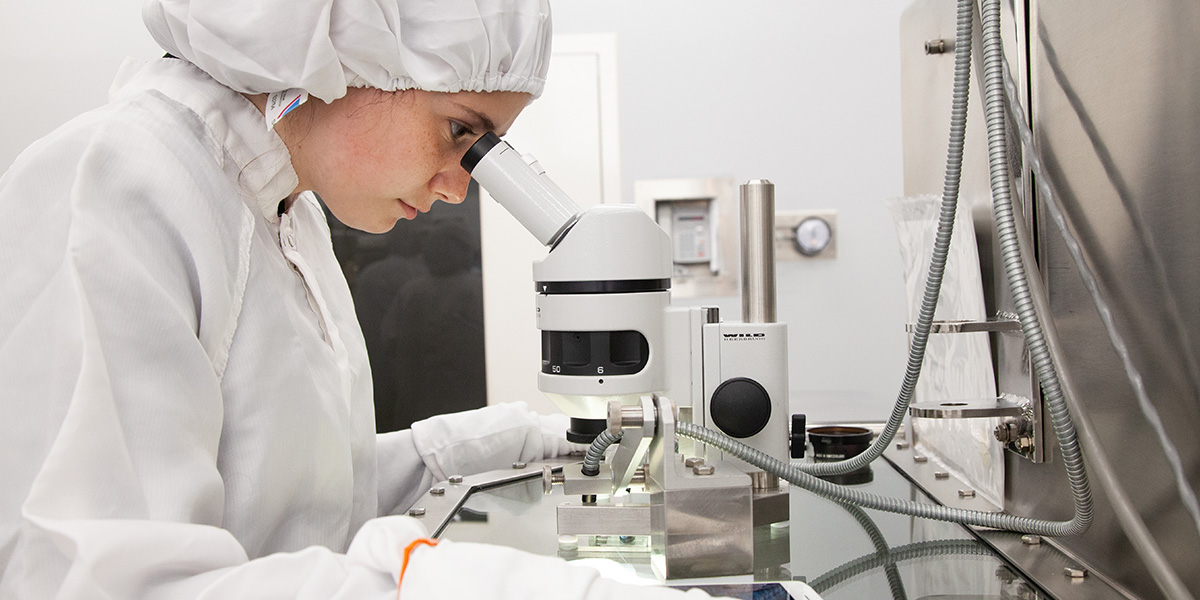 Sophie Benaroya had long dreamed of working at NASA.

“I’ve been interested in planetary science since I was a kid,” said Benaroya, a School of Arts and Sciences and Rutgers Honors College senior at Rutgers University-New Brunswick. “I just didn’t think NASA was an option.”

But with encouragement from a professor in the Department of Earth and Planetary Sciences, Benaroya applied for and won a prestigious internship at the Lunar and Planetary Institute and NASA Johnson Space Center.

She spent 10 weeks in Houston this summer working with leading scientists in her field, analyzing data from a Mars rover, and meeting other accomplished undergraduates from Europe, Australia, and the United States. The highly competitive internship accepts 10 to 12 students worldwide.“I just didn’t think NASA was an option.”

Benaroya, a geology major, admits to being a bit awestruck when she arrived at NASA.

“The planetary science community is actually pretty small so basically I was in a room with the best people in the field,” she said. “It was overwhelming, but just being with scientists who are so passionate about their work solidified in my mind that this is what I want to pursue.

The Lunar and Planetary Institute was started in 1968 as the Lunar Science Institute and was aimed at enlisting the academic community in NASA’s efforts to land a man on the moon. The name was changed in the 1970s to reflect the expanded research mission that now covers exploration of terrestrial planets and their satellites, the asteroids and meteorites, and the planetary systems of Jupiter and Saturn. 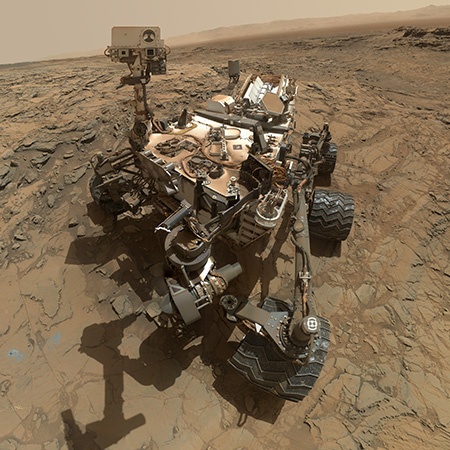 Benaroya worked on the Mars team, analyzing transmissions from the Curiosity rover stationed at Gale Crater, a 96-mile wide cavity in the surface of the Red Planet. The rover drills into the Martian soil, calculates the chemical composition, and sends back information that helps scientists make connections to specific types of rocks and minerals.

The underlying question is whether Mars ever had conditions that could support life. Last May, NASA reported that Curiosity had obtained two samples that contained the highest amounts of clay minerals it had found during the mission. That’s a significant finding because clay often forms in water, which is needed to form microbial life.

One of Benaroya’s research tasks involved constructing computer-based models based on various samples that could help determine whether water-bearing minerals were once present on Mars.

“What we’re trying to understand is whether Mars had water, and if so, how much water it had,” Benaroya said. “I was trying to determine if Mars ever had warm and wet conditions similar to that of Earth or if it has always been cold and dry.”

The question becomes quite complex. Her research included a focus on carbonates, minerals that can be produced by living organisms or non-living environmental factors.

“If produced by organisms, then that would suggest that there had been past life on Mars,” she said. “However, it is also possible to precipitate it chemically through natural processes, which is what I found in my model.”

Her team’s research will be helpful to the NASA’s Mars 2020 mission, which will be seeking signs of habitable conditions in the ancient past and also searching for signs of past microbial life itself, the space agency said in a statement.

Meanwhile, Benaroya said the internship has been helpful to her on many levels, from the technical skills involved in constructing models to developing writing and public speaking skills to communicate her work to other scientists.

“I have definitely come away with a better understanding of how planetary science is conducted,” she said. “It’s a field in which it’s hard to get data, so working with what you have to try to get a conclusion is a really invaluable skill.”

Benaroya said she was drawn to the geology major by the range of fields and career paths, everything from energy to climate science to planetary studies.

During her junior year one of her professors noticed Benaroya was excelling in the “Structure and Formation of Terrestrial Planets” course and told her she should apply for the NASA internship.

“Sophie was doing quite well and always seemed open to exploring different options in the space sciences,” said Sonia Tikoo, who is now at Stanford University.

Benaroya is planning on pursuing a Ph.D. and hopes to work in research, either in government-run or private research agencies.