Samantha Chen says her major in biological sciences is great preparation for a calling that combines her strength in science with her passion for social justice. “I came in thinking I would be premed,” Chen says. “But I had to rethink the impact I could have on the world.” 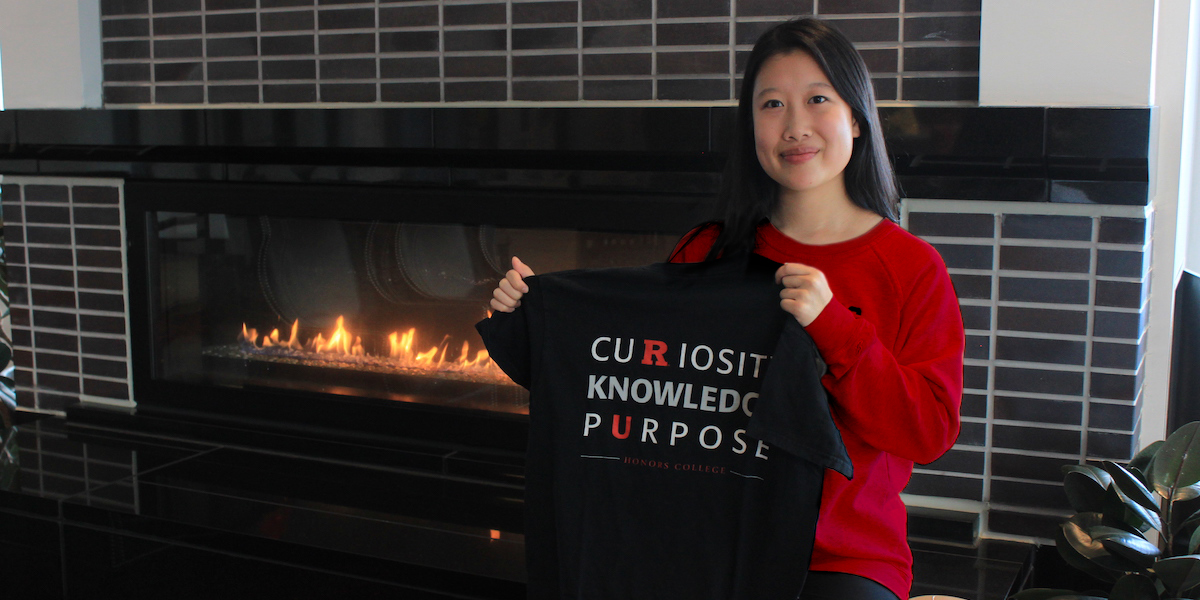 Strong in science and passionate about helping others, the Morris County native attended a STEM-focused magnet high school, earned dozens of AP credits, and chose biological sciences as her major at Rutgers.

Now a senior in the School of Arts and Sciences and Rutgers Honors College, Chen is still steeped in life sciences, including working on a research team studying Parkinson’s disease. But her vision for how she wants to use her knowledge and skills has changed.

“I came in thinking I would be premed,” she says. “But I had to rethink the impact I could have on the world.”

The change began taking shape two months into her first year with the 2016 presidential election. Chen became alarmed by what she—and many other scientists—say is a dismissive and often confrontational attitude by the White House toward science and its role in setting public policy.

“The people who deny climate change are an example,” Chen says. “I don’t know if it’s because of the money, or that they just don’t really understand the science, but it has become clear to me that there is a pressing need for people who can stand up for science in the public sphere.”

On a more personal level, Chen also wondered whether working as a physician would provide the opportunity to work for the greater good in the way she had always envisioned.

“I am not sure I’m brave enough to sacrifice my life, but I can sacrifice my comfort, and that is what ultimately made me take the leap off the path to medical school.”

In her sophomore year, meanwhile, Chen traveled to South Africa and met social justice activists, including some who were imprisoned during the apartheid era. The trip, which took place over winter break and was organized by the Honors College, SAS Honors Program, and Study Abroad, left a deep impression on Chen.

“The most powerful part was meeting these activists and learning about the sacrifices they had to make,” Chen says. “I am not sure I’m brave enough to sacrifice my life, but I can sacrifice my comfort, and that is what ultimately made me take the leap off the path to medical school.”

Chen has decided to attend law school and pursue a career that would combine her strength in science with her passion for social justice. She could see herself in a variety of roles, such as at a think tank or government agency. But the one thing she knows for certain is that she wants to serve as an advocate for science.

“Many politicians do not understand science or medicine and as a result they do not understand the consequences of their decisions,” she says. “I want to be that person who has a background in science, who has done research and can tell you how the body works, and will push for the initiatives that we need as a society.”

Her major in biological sciences is the ideal preparation for a calling that will require knowledge of science, day-to-day interaction with government, and an ability to explain complex issues to lay audiences.

In her research with Alice Y. Liu, a professor of cell biology and neuroscience, Chen is using advanced microscopy techniques to better understand the protein clumps, or plaques in the brain of patients suffering from neurodegenerative illnesses.

And in courses like “Human Parasitology,” with professor Anne Keating, Chen has learned about diseases that affect the developing world, and United Nations initiatives that—if funded— could help stop them.

“This again got me thinking about the role of government in allocating funding,” she says. “Science that saves lives is underfunded. I want to fight on the side of scientists to get the money they need.”

She also noted her science major is great preparation for law school.

“Working with the scientific method is excellent preparation for any research I am doing in law,” she says.

Meanwhile, her minors in political science and women’s and gender studies have expanded her worldview. The former helped ground her in political science theories, while the latter has helped her understand and question the norms of society while nurturing her activist spirit.

All told, her diverse and eclectic academic experience complemented her major and helped her see alternative paths beyond medical school. She credits the breadth of offerings in SAS, as well as the core curriculum.

“All of these courses shaped my experience at Rutgers and helped me start thinking about science in a new way,” she says.