Megan Stanton, a German major with a minor in business administration wants to become a high school teacher, but is also getting good preparation for careers in international business and diplomacy. 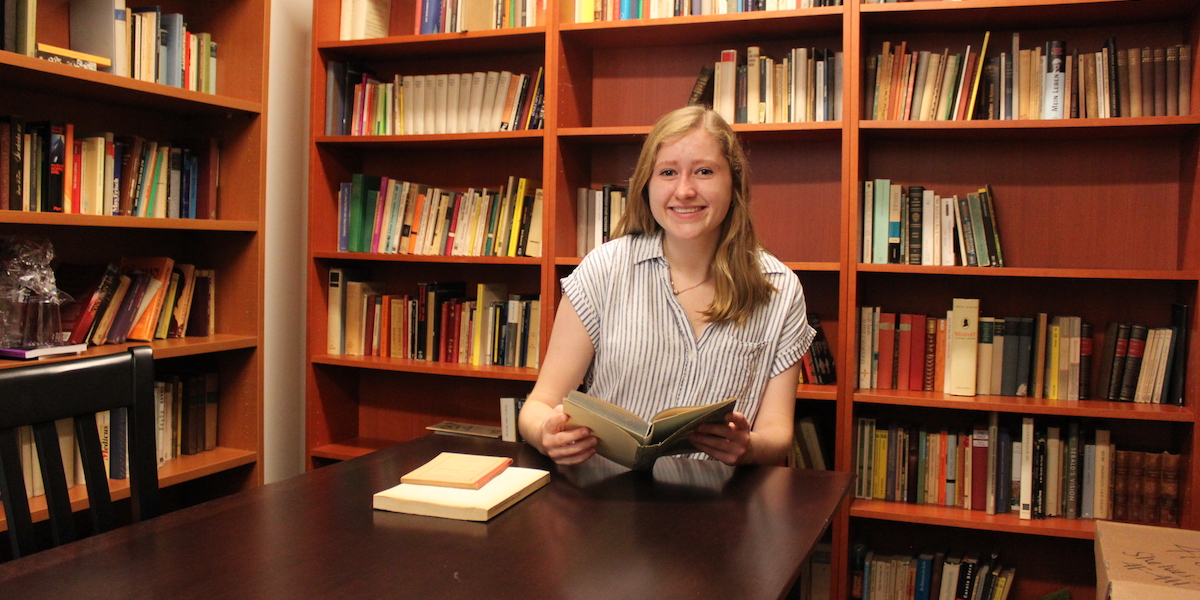 Megan Stanton was intrigued by German.

And she hadn’t even started middle school.

Growing up in Hillsborough, NJ, Stanton went to a fifth-sixth grade intermediate school where students could sample world languages, each over the course of a marking period.

“I thought German sounded funny at first,” says Stanton, now a Rutgers University–New Brunswick junior. “But I could see how logical it was in the way the sentences were structured and in how the words were pronounced or broken down.”

Although she had already elected another language to take in seventh grade, Stanton changed her mind and switched to German.

“I’m glad I did,” she said. “There was just something about German. Once I started working at it, I found I really loved the process of learning the language and having this whole new world open up.”

Indeed, in high school she took the National German Exam and won a scholarship trip to Germany for a memorable month in which she lived with a German family and attended a gymnasium or advanced secondary school.

“At the end of the trip as we were saying goodbye, everybody just started sobbing,” Stanton recalled. “An American teacher who came with us told me that the tears showed that the trip had deep meaning.”

When it came time to decide on a college, she knew she wanted to major in German and pursue a teaching career. She narrowed her choices to Rutgers and a private liberal arts college in upstate New York. She visited the college and sat in on a German class, but found it insufficiently challenging.

Rutgers has great teachers and the opportunity to apply your knowledge in Study Aboard experiences is excellent preparation for life choices.At Rutgers, meanwhile, she found everything she was looking for. The German program in the School of Arts and Sciences, offers language instruction at all levels as well as a rich selection of courses that cover everything from philosophy to drama to art history to film. And Stanton was able to do a five-year program with the Graduate School of Education in which she earn her bachelor’s degree in German studies and a master’s in foreign language education.

“Rutgers German was bigger, more established, and had many class options,” she says.

She was also impressed by the faculty and its overall commitment to excellence in teaching. Every faculty member has won either the SAS Award for Distinguished Contributions to Undergraduate Teaching or the Graduate School of New Brunswick Excellence in Graduate Teaching Award.

Stanton says courses such as “Marx, Nietzsche, Freud,” taught by Nicholas Rennie, and “Introduction to Literature and Cultural Analysis” by Nicola Behrmann were transformational in the way they opened her up to intellectual and literary traditions. And she said Martha Helfer’s “Fairy Tales Then and Now” helped her develop confidence and clarity as a writer. 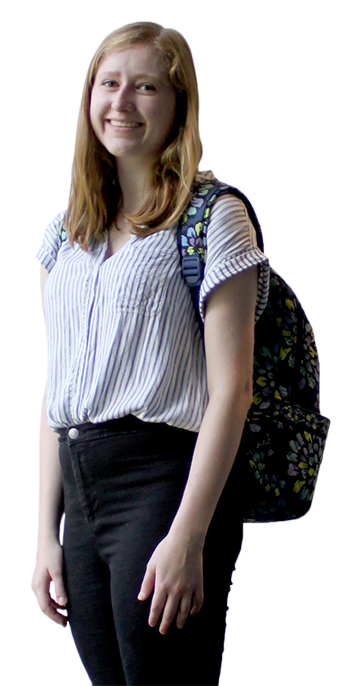 “That course demands a maturity in student writing more so than some English course,” she said.

She also took full advantage of the department’s Study Abroad program in Berlin. In the spring of her sophomore year Stanton spent a semester at the venerable research university, Freie Universität Berlin, where she took German language classes at an advanced level in the school’s Berlin European Studies Program.

“I was learning academic writing in German,” she says. “We learned a new writing style that was research based.

Although her main goal is to become a high school teacher, Stanton says studying German is also great preparation for careers in international business and diplomacy.

“I might do all three of those things at different points of my life,” she says.

Accordingly, she is minoring in business administration and taking political science courses. In the meantime, she is feeling confident and excited about her future.

“I think by nature, learning German requires you to pay attention to a lot of detail,” she said. “The combination at Rutgers of having great teachers and the opportunity to apply your knowledge in Study Abroad experiences is excellent preparation for anything you want to do in life.”