Colin Chehanske attended the Air Force Academy and the University of Maryland before finding the perfect home at Rutgers. While majoring in Criminal Justice in Arts and Sciences, he joined the Air Force ROTC and garnered a Fulbright to study in Taiwan before accepting his commission as an officer. 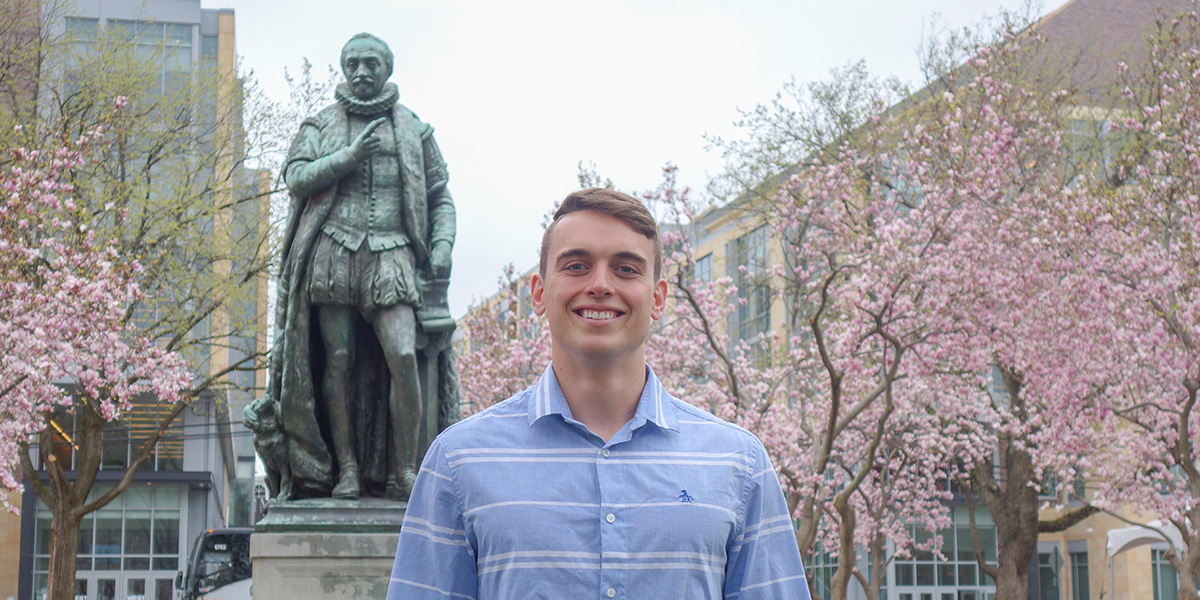 Senior prepares for experiences in Taiwan and Air Force

“Even back when I was the little kid who liked dogs, I figured I’d be a K-9 Officer to give back to the community,” says the School of Arts and Sciences senior and member of the Class of 2018 at Rutgers University–New Brunswick.

Over the years, his goals have evolved, but he’s still driven by a strong inclination to serve. And his years at Rutgers have enabled this transfer student to do just that.

There’s an energy and a spirit at Rutgers that encourages you to take advantage of every opportunity.

Chehanske majored in criminal justice and minored in political science, served in Air Force ROTC, and is set to join the U.S. Air Force as a second lieutenant pursuing intelligence training at Goodfellow Air Force Base in Texas. Prior to starting his military service, however, he will teach English in Taiwan and study Mandarin as a recipient of a Fulbright Grant.

“It’s a perfect opportunity to expand my own knowledge of language and give something back,” he says. “Then it’s off to West Texas for the Air Force.”

Although he hasn’t decided on his career, he’s interested in law enforcement at the federal level, such as with the FBI or Department of Homeland Security.

“What appeals to me the most about the criminal justice field is the variety of ways a person can serve,” he says. “Whether it is on a local level, federal, or even international, there’re so many ways to make an impact.”

Growing up in Monmouth County, Chehanske was inspired by his grandfather who was a World War II veteran. He joined the Junior ROTC program at Colts Neck High School and then attended the U.S. Air Force Academy for his first year of college. He transferred to the University of Maryland for his second year, eventually taking a hiatus to travel overseas.

When he arrived at Rutgers in the fall of 2016, everything seemed to fall into place. He was able to reconnect with the Air Force, entering an 18-month ROTC program. He also found time to join the Rutgers Triathlon Team.

As a criminal justice major he enjoyed his classes with Raymond D. Trigg, a lecturer who draws on his experience as a lieutenant in the New Brunswick Police Department. He also cites a four-day intensive certificate program in intelligence and national security where he met officials with the FBI, homeland security, NSA, and state troopers.

“It opened my eyes to the opportunities within intelligence,” he said. “It was amazing.”

Looking back, he said, his collegiate life really started clicking when he entered Rutgers. He can vividly recall the day when students set up tables to enlist new members for clubs and activities.

“Everyone is so helpful and friendly—it just appealed to me right away,” he says. “There’s an energy and a spirit here that encourages you to take advantage of every opportunity.”