Shaheena Shahid, studying foreign language education and ESL at the Graduate School of Education, Rutgers University-New Brunswick, after earning her B.A. in African, Middle Eastern and South Asian Languages and Literatures, is committed to elevating human rights for underserved communities around the world 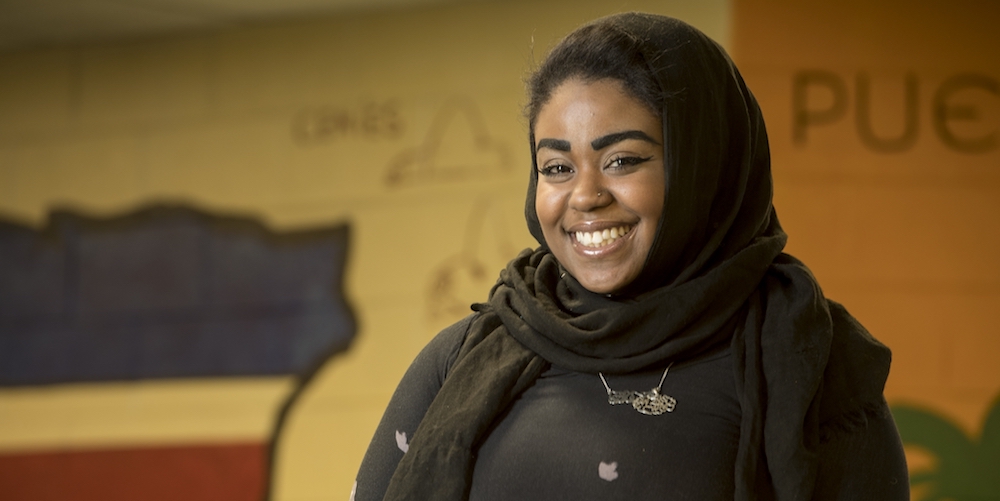 Multilingual Rutgers Activist Lends Voice to Help Those in Need

Each is a passport that allows the activist to travel the world – 25 countries in her 24 years – and understand firsthand the plight of those suffering from oppression and poverty.

“When you have language, you speak for yourself. No one speaks for you,” said Shahid, who is studying foreign language education and ESL at the Graduate School of Education, Rutgers University-New Brunswick. “The ability to speak directly to those in need – rather than through an interpreter – instantly breaks down barriers.”

Shahid intends to devote her entire academic career at Rutgers – both undergraduate and graduate study – toward advancing future humanitarian efforts. A first-generation American, Shahid is the first in her family to graduate college, earning a bachelor’s in African, Middle Eastern and South Asian Language and Literature (AMESALL), School of Arts and Sciences, from Rutgers in 2016. After receiving her master’s degree in May 2018, she will continue circling the globe to aid underserved communities, focusing her efforts on women and girls.

When you have language, you speak for yourself. No one speaks for you.

Shahid has tutored orphans in Peru, India and Jordan, taught English to Palestinian refugees in Lebanon and instructed young Moroccan girls on self-defense techniques. During her a recent philanthropic mission – volunteering as an ESL teacher in Brazil in the spring of 2017 – she represented the university as one of Rutgers-New Brunswick’s 14 Fulbright students.

The North Plainfield resident said her work as a student activist inspired her to leave her comfort zone the summer after her first year at Rutgers and experience personally the issues she is most passionate about – human rights and literacy.  She returns from each trip abroad committed to sharing the stories of the communities she visits and encouraging others to help her change their narratives. In 2018, she was the featured speaker at the Purnell School, an all-female boarding school in Pottersville, on Martin Luther King Jr. Day. There she spotlighted the abuses of the female workforce worldwide, especially those in apparel manufacturing and the fashion industry.

“Once you get the knowledge, you just can’t be silent about it,” said Shahid, former president of Rutgers Students for Justice in Palestine, 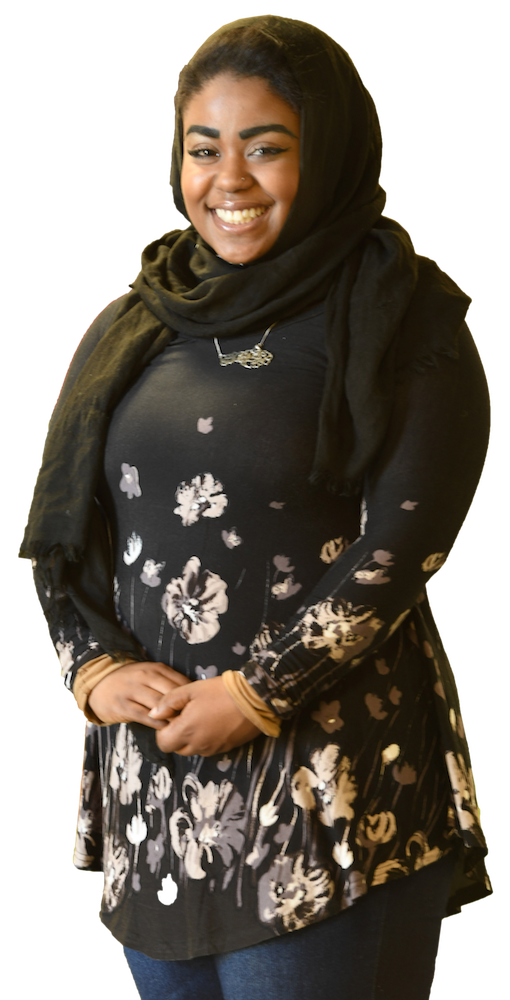 formal social media coordinator for Palestine Children's Relief Fund of Rutgers and active member of Rutgers Chapter of United Students Against Sweatshops. “The international community was the reason apartheid ended in South Africa and we can end it in Palestine today. If the international community bands together, other inequities around the globe can be conquered as well.”

A practicing Muslim and third-culture kid, Shahid said she is no stranger to racism at home and sees herself in many of those she aids abroad. While working as an interpreter with refugees in Greece, she easily blended with the hundreds of North African and Middle Eastern (stretching from Iraq to Afghanistan) families encamped in an abandoned airport waiting to cross into Western Europe. Until it was time to go home.

“They closed the borders and I thought, ‘What would be the difference between me and them?’” she said. “Just because I have an American passport, I can leave. They are stuck or need to pay someone to traffic them out. That is mind boggling.”