Anthony Bonini gets the most out of his Rutgers experience majoring in anthropology and mathematics, and minoring in classics School of Arts and Sciences, Rutgers-New Brunswick, venturing overseas twice for Study Abroad, and participating in a number of academic, social, and the community service endeavors. 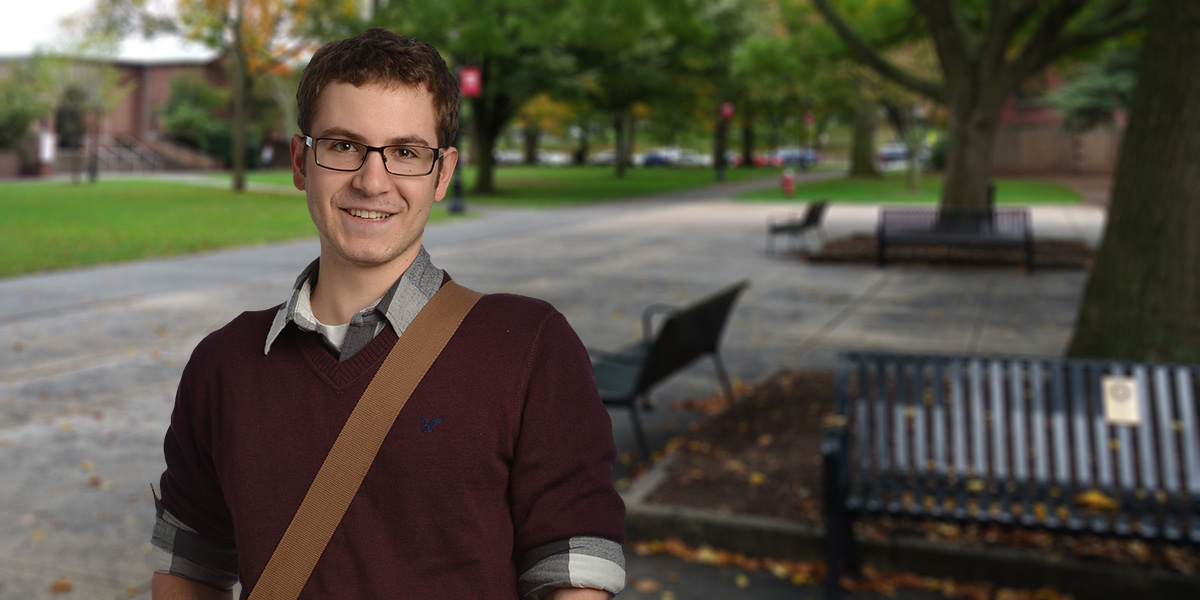 One of the first things that drew Anthony Bonini to Rutgers was its size.

Anthropology fascinated him, but so did mathematics and chemistry.

“I knew that no matter what I decided to study, or switch to, I’d find it at Rutgers,” he says.

I knew that no matter what I decided to study, or switch to, I’d find it at Rutgers

Bonini explored an eclectic and intensive education in the liberal arts, the kind of all-encompassing experience that testifies to both the size and scope of Rutgers.

Bonini ventured overseas twice for Study Abroad, including a six-week stint in Africa where he studied advanced methods of paleoarchaeology, focusing on fossils millions of years old.

“You push yourself to your limit,” he says of his work at the Koobi Fora Field School in Kenya. “There’s no internet, little cell service, and you’re with people you don’t know. You exercise your self-discipline.”

Back in New Brunswick, meanwhile, Bonini embarked on a wide-ranging intellectual journey, majoring in anthropology and mathematics, and minoring in classics.

He also served as an Aresty Research Assistant, working with Department of Anthropology Chair Craig Feibel, who investigates the geological context for evolution.

“The opportunity to work in his lab was awesome,” Bonini says.

His education continued outside the classroom, with the discovery that Rutgers’ size also creates extraordinary possibilities for building community.

As an Arts and Sciences Honors Program Peer Mentor-in-Residence, Bonini worked to build community spirit among students in Lynton Towers, including designing a mock zombie apocalypse survival guide. He also served as vice president of the Catholic Student Association, taking Alternative Spring Break trips to Tampa where he and others prepared and served meals at a soup kitchen and a tent city.

“It’s very easy to make Rutgers small,” he says. “Whenever I walk down College Avenue, I always run into someone I know.”

All his Rutgers experiences—the academic, the social, and the community service—helped Bonini realize that what he ultimately wanted to do was to teach mathematics to disadvantaged kids.

“I was always the kid people asked for help on their homework,” he says. “I realized at Rutgers that I was naturally drawn to teaching, to getting people excited about learning, and understanding why we should learn."

After graduating from Rutgers, he entered the New York City Teaching Fellows Program, receiving his master's in education from St. John's University in May 2018. He currently teaches at an all-boys high school in Brooklyn.

“There are a lot of students that just need the right push, the right perspective to spark that motivation for academic excellence.”