Rebecca Filgueiras, a Spanish and Communication double major in the School of Arts and Sciences, stands out among peers with an internship for a major Spanish-language television station. 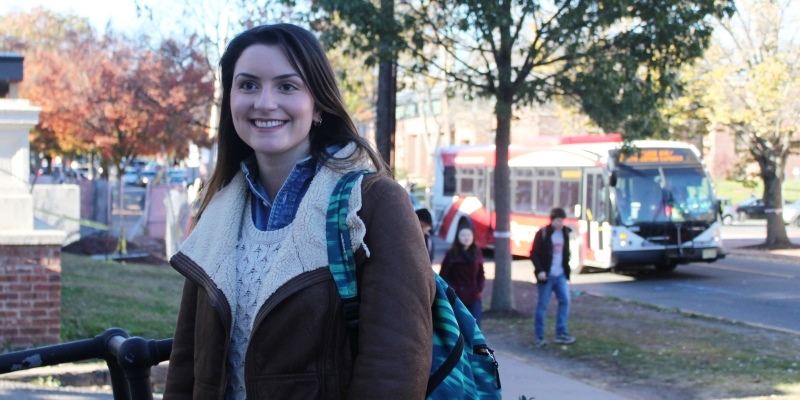 Rebecca Filgueiras says that majoring in Spanish has opened her eyes to distant lands, cultures, and people while providing a supportive and friendly academic home base at Rutgers.

“Spanish is a dynamic, challenging major where you encounter new ideas and explore many different disciplines,” says Filgueiras, a senior. “At the same time, this department is so welcoming and warm. I know all of my professors by first and last name.”

Filgueiras grew up in a Spanish-speaking household in North Arlington, N.J., taking summer trips to Spain to visit relatives.

Spanish is a dynamic, challenging major where you encounter new ideas and explore many different disciplines

At Rutgers, she opted to double 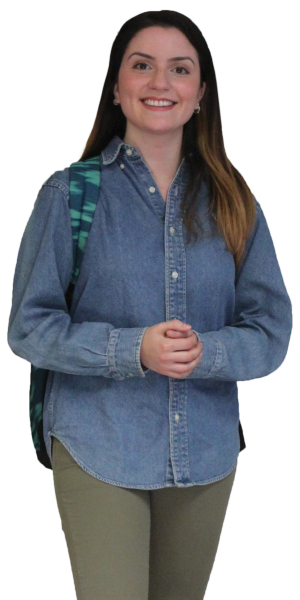 major in Spanish and Communication, with the goal of becoming a television news producer.

She is currently doing an internship at a major Spanish-language television station, working as a news production assistant and speaking and writing entirely in Spanish.

“The major reason I got that internship is that I can read, write, and speak Spanish,” she said. “So the major really helped!”

One of her favorite classes was Literature of the Hispanic Caribbean in which she read the work of great writers across Cuba, Puerto Rico, and the Dominican Republic.

“Although I grew up speaking Spanish, I had only been exposed to Spain and the culture of Spain,” she said. “But I’ve had professors who are Puerto Rican, Dominican, or Peruvian and bring amazing scholarship from across the Spanish-speaking world.

“It opens up your mind.”