Jeremy Yeaton arrived at Rutgers with a knack for learning languages. But nothing prepared him for the array of possibilities at Arts and Sciences. He’s now a multilingual student with an internship at the State Department. 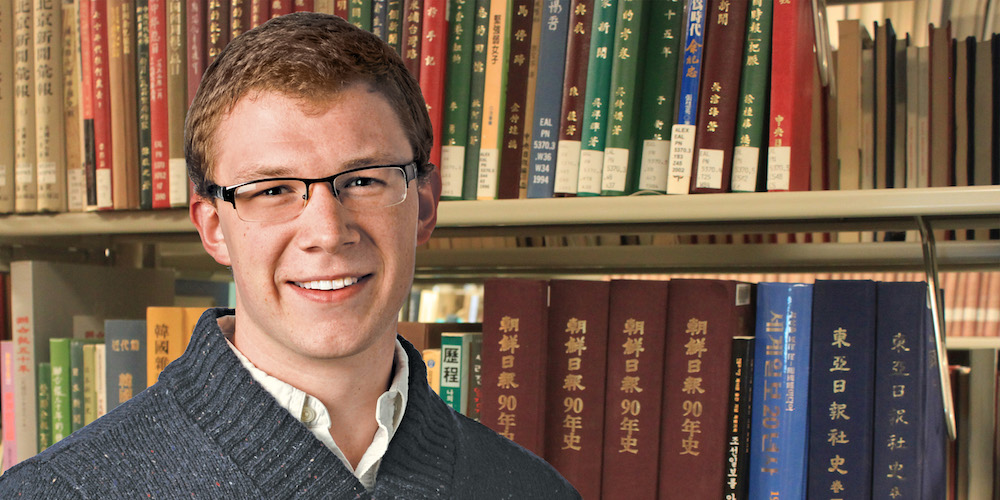 Jeremy Yeaton, who’s fluent in French, speaks Chinese, knows a bit of Spanish and dabbles in Russian, says he has no idea where he gets his knack for language.

His parents are both accountants who speak only English. His brother works at the Federal Reserve Bank.

“Everyone else does numbers–I do letters,” the School of Arts and Sciences student says. “I have no clue how this happened. It just popped up along the genetic lines.”

The number of options at Rutgers was pretty amazing

By the time Yeaton graduated from Northern Highlands Regional High School, he was an advanced French student with some Spanish and Chinese under his belt.

Arriving for his first year at Rutgers he was stunned by the array of possibilities: More than two dozen language offerings, a strong linguistics department, a robust Study Abroad program, and a highly diverse, constantly evolving student population that served as a rich source of new vocabulary as well as a means to practice.

“The number of options at Rutgers was pretty amazing,” Yeaton says.

There was even a fledgling language exchange club started by students–Rutgers Lingua–in which participants meet at Alexander Library and learn languages directly from native-speaking students.

“There’s a large Chinese population at Rutgers that speaks the dialect I want to learn,” Yeaton says. 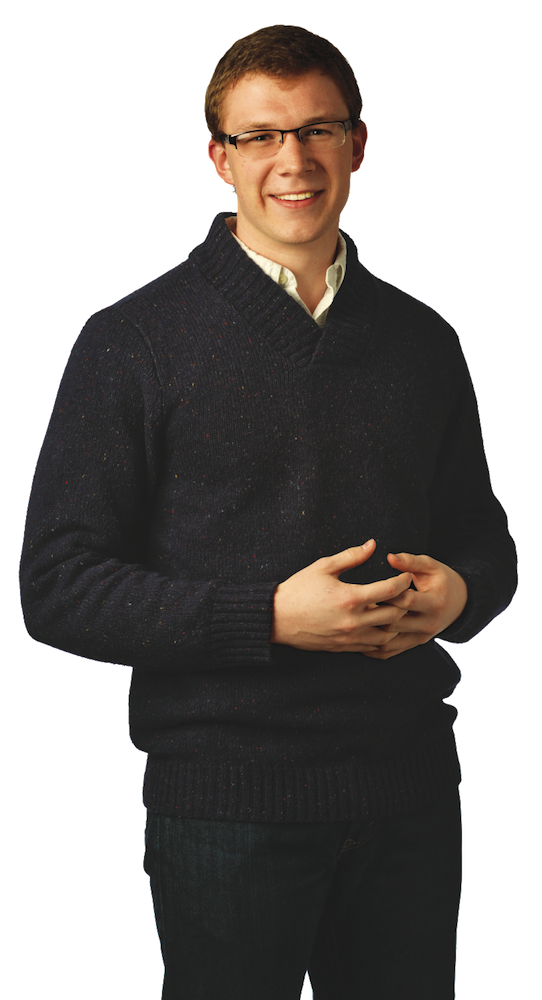 “They come to practice their English, and I come to better my Chinese.”

Living in an honors residence, Brett Hall, was also a benefit. “A lot of housemates were studying a foreign language,” he says. “So there was ample opportunity to practice.”

Yeaton graduates in January, 2016 with a double major in French and linguistics, and a minor in Chinese.  He has studied in Paris and Beijing, conducted linguistic research projects, and won third place in a regional Chinese proficiency contest.

He’s considering careers in academia and in government, and is currently serving an internship at the State Department, in the Foreign Service Institute's School of Language Studies.

But whatever he decides, the appeal of learning a language, especially its linguistic quirks, is enduring.

“There are some languages, for example, where the structure makes everything in the passive voice, like: ‘the seal is killed by the hunter,’ ’’ Yeaton says. “That’s obviously different from the way we might see the world, but it makes you reflect, and gives you new ways to express ideas.”